﻿Children of the Whales [Review] 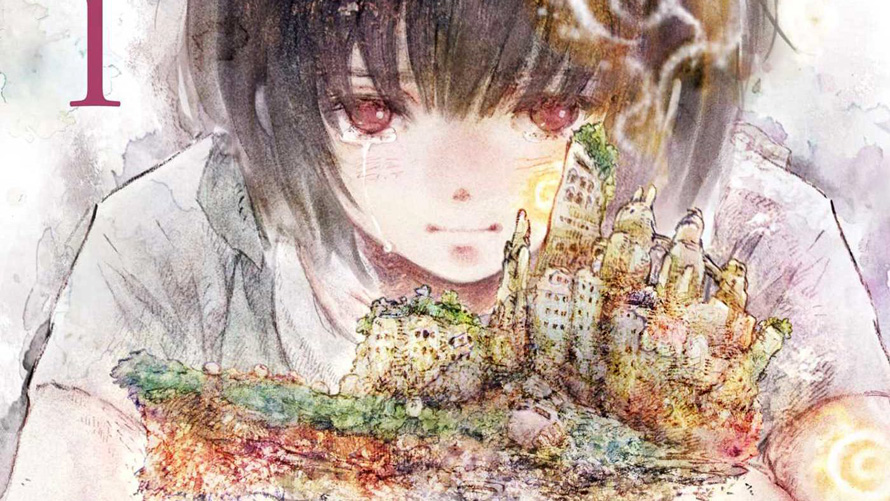 Young Chakuro is the archivist of the Mud Whale, a floating island of life that drifts across the Sea of Sand. He’s also one of the short-lived “marked,” wielding magic powers that will kill him by the time he reaches 30 years old. Until then he diligently records the lives of his people as they drift across the wasteland. When another island is spotted in the path of the Mud Whale, Chakuro volunteers to go on the scouting mission. He is looking for anything worth scavenging, but instead finds a young soldier, a girl he calls Lykos. When Lykos is taken back to the Mud Whale she is immediately sequestered by the village elders who seem to know far more than they tell about the Mud Whale, the world beyond its isolated existence, and possibly even their enemies, the mysterious emotion-eating Nous.

A postapocalyptic fantasy, Volume 1 of Children of the Whales begins with a giant info dump, but it’s necessary to establish the large cast of characters and the vast and sprawling world. A veritable village of characters are immediately introduced, from the orphaned “marked” whose parents have died, to the village elders, the town mayor, and a group of rebels who are constantly trying to stir up trouble and find a way to escape the confines of the Mud Whale. 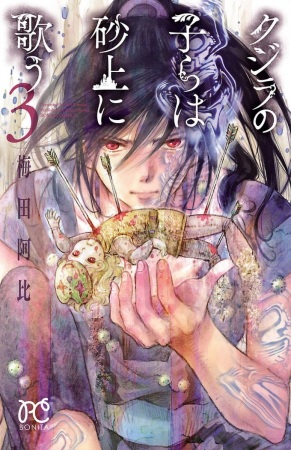 Big questions loom in the background. Are the residents of the Mud Whale prisoners or is their exile self-imposed? Why are emotions forbidden? What exactly are the creatures known as Nous?

The art is really nice, sketchy and loose but with really interesting and well-rendered landscapes/backgrounds. Umeda evokes an enormous, beautiful, and strange world. The art is intricate, but the looseness of the inks sometimes works against the readability. Some of the characters blur together a bit, and it doesn’t help that there are so many. The visuals accompanying the magic tend to look a bit messy.

If it can be compared to any manga, Children of the Whales is very reminiscent of Nausicaä of the Valley of the Wind. The Sea of Sand, an unforgiving ocean that swallows whole anything thrown in, is similar in effect to the great fungal forests of Nausicaä. Toward the end of Volume 1 the quiet world of the Mud Whale is shattered by an invasion of mysterious outsiders, whose sudden intrusion into the quiet existence of the village mirrors how the Valley of Wind was invaded by the Empire. But the similarities don’t weaken this great manga. The end of Volume 1 of Children of the Whales is a shocker and makes for a great cliffhanger. Fans of slow-burning fantasy and immersive secondary worlds will really appreciate this series. Recommended.