Kämpfer, the 2009 anime series about gender-swapping fighters, is turning ten this year—and finally getting an English-language dub.

That’s the word from Sentai Filmworks, who announced the dub with a simple, one-sentence tweet today.

Kämpfer, a 12-episode series (with a 2-episode sequel) aired in 2009, and was based on a light novel series by Toshihiko Tsukiji. It was directed by Yasuhiro Kuroda (Guardian Hearts) at studio Nomad. Sentai, who originally released the series back in 2011 in sub-only format, describe it like this:

Waking up transformed into a beautiful girl might be the stuff of some guys’ fantasies, but when the suddenly effeminatized Natsuru is informed by a stuffed tiger that he’s now a Kampfer, a mystical fighter who has to fight other Kampfers in female form, his life becomes a living nightmare!

Putting aside the obvious “plumbing” issues, Natusru’s best childhood friend turns out to swing the other way and SHE has a crush on his new female body. Not complex enough? Natsuru’s school has separate sections for boys and girls, so he and she are now double enrolled. The rumor-mill has it that he’s dating herself. And there are other Kampfers attending the school who want to “take her out,” and he’s not sure which ones mean “on a date” and which ones mean “permanently.” Oh, and did we mention that some Kampfers use swords and gun?! Hormones, fists, and other body parts will fly as the daring, new gender-blender defender must become a contender or die! 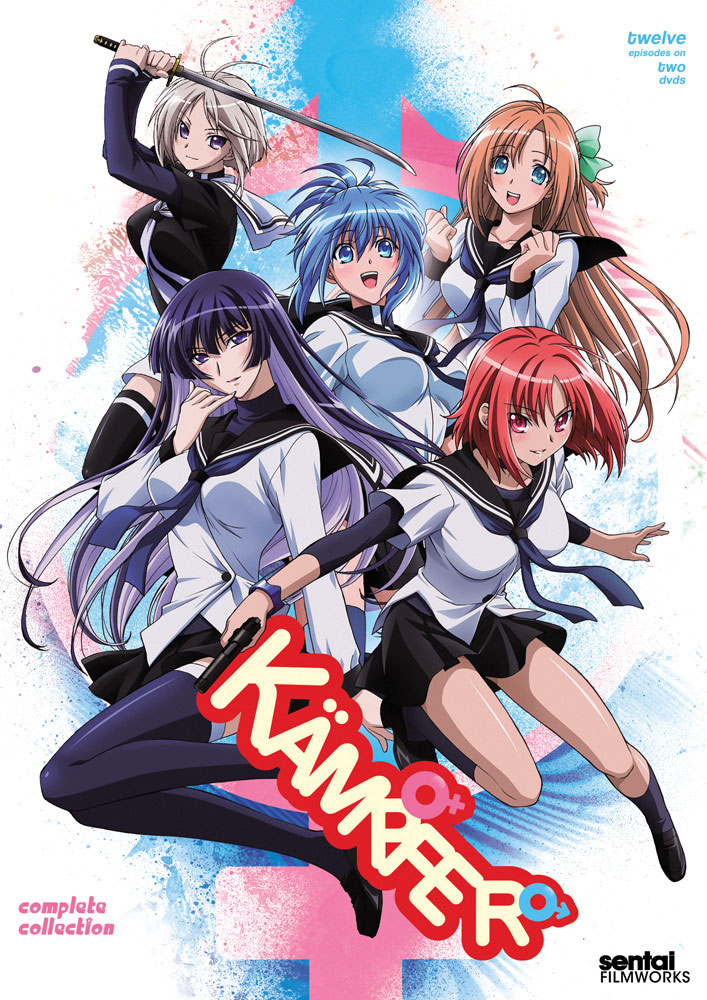