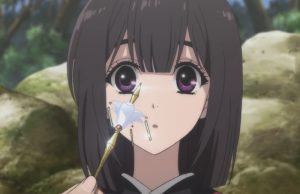 The second of two Peacemaker Kurogane anime films—based on the manga by Nanae Chrono—opens in Japanese theaters on November 17. “Friend” follows the first part, “Belief,” with protagonist Tetsunosuke Ichimura having to rejoin the Shinsengumi to save his friends in the unit.

Japanese electro-rock group THE JETZEJOHNSON will be handling the second part’s theme song again, this time with “Tsukanda Te wo Hanasanu youni” (“Never let the hand go that you are holding”). Ahead of the follow-up’s debut, the official website update with a new 90-second trailer.