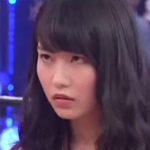 The talents of AKB48 member Yui Yokoyama aren’t restricted to the stage, studio, and screen. As it turns out, the young pop star can also tear it up in the wrestling ring.

The smackdown occurred on a recent episode of Japanese comedy show Mecha Ike, in which a tag team match was set up between pop idols and the show’s female comedians. You can watch Yokoyama do some damage in the highlights below.