Idol group AKB48 released their 52nd single this week, “Teacher Teacher”, with 2,580,513 presales bringing it to double platinum even before the official release date. The single sports a suggestive title, the group’s first time working with a non-Japanese dance director, and 16-year-old upstart Yui Ogura’s first time as the main focus. However, the most oft-cited for the single’s high sales is that each copy includes a ballot to vote in AKB48’s annual “general election”.

AKB48’s general election allows fans to vote for their favorite singer in the group, with the most popular members getting the biggest focus in future releases and appearances. Fans can vote multiple times by buying multiple copies of the same release, and the band encourages them to do so. Essentially, people try to buy their candidate’s way to the top by picking up as many copies as possible to give maximum votes.

The “election process” has been a great boon to the band’s physical media sales, but the pretense that all these CDs are actually being bought for listening purposes appears to have crumbled. Just one day after Teacher Teacher’s release, Japanese Twitter user Songokkun1 photographed a dumpster filled with copies of the single, exclaiming “This is so wasteful, can’t the record company skip the CDs, and just sell the ballots directly?”

Other Twitter users voiced similar frustrations to Songokkun1’s in replies:

“Those photos really show how worthless AKB’s CDs are compared to other artists.”

“Terrible. This is an affront to music.”

This isn’t the first time AKB48’s election has made headlines; last year a man in Fukuoka was arrested for illegally dumping 500 of their CDs on a mountain. A 2016 report by Buzzfeed Japan revealed a man who’d spent $16,000 to buy 1,300 AKB48 CDs… and after all those extra votes, his candidate, Akari Suda, only won 7th place! All things considered, 2018 has been a tame year for AKB48 news. 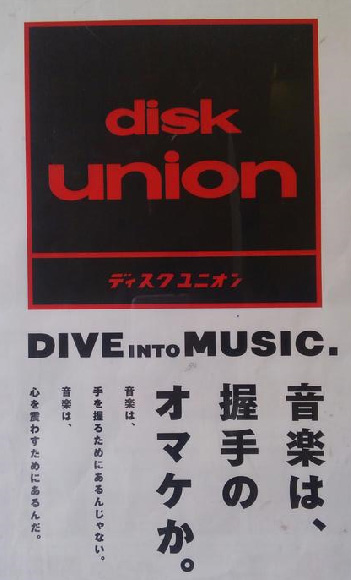 Promotional practices like these have sparked a debate about the idol genre’s lack of emphasis on music itself which even parts of the Japanese record industry have begun to publicly take part in. Japanese music retailer Disc Union openly criticized idol meet-and-greets with the ad slogan “Is music just the extra content you get with a handshake? Music doesn’t exist so that you can squeeze someone’s hand. It exists to shake your heart.” Tower Records of Japan released a contrary ad “What’s wrong with music being the extra content you get with a handshake? After all, handshakes shake people’s hearts too.”

Love it or hate it, it’s impressive these practices can support such high physical media sales in an era ruled by digital downloads. It’s easy to forget that the American arm of Tower Records went bankrupt in 2006 as digital downloads crushed CD sales. Meanwhile Tower Records Japan actually terminated Napster Japan in 2010 and is still going strong in 2018. No doubt, idol groups and their wild sales tricks are a significant factor in Japan’s physical media record industry continuing to prosper while other countries’ see a sharp decline.