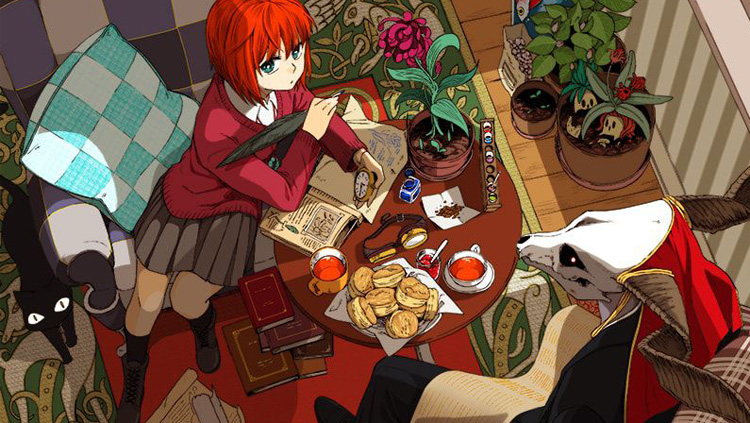 Folks who thought a mere three episodes was too few for The Ancient Magus’ Bride: it’s time to party. The popular manga series is set for a series adaptation this October.

The Ancient Magus’ Bride, the Kore Yamazaki-penned shonen fantasy about a sorcerer and his future, you know, bride, has been in serialization since 2013, and currently spans six volumes.

It’s currently being adapted into a three-episode prequel animation which comes packaged with volumes of the series: as of this writing, the first two episodes are out, with the third due in August. That series, Those Awaiting a Star, is directed by Norihiro Naganuma over at Wit Studio.

The revelation the manga will be turned into a series in October didn’t carry any further details, such as studio or staff, but it’s entirely within the realm of possibility Wit will continue as the studio handling the adaptation.

The Ancient Magus’ Bride manga is published in English by Seven Seas, and the first episode of the prequel anime is on Crunchyroll.