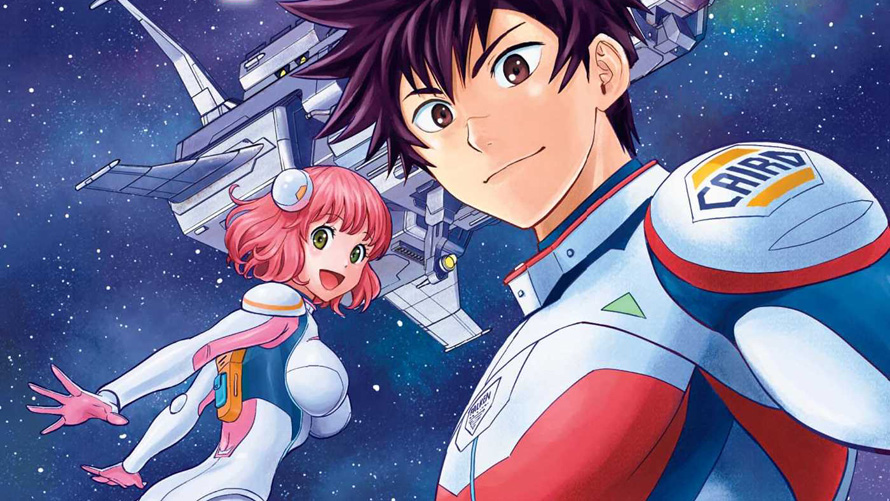 Ditzy high school student Aries Spring is super excited for her class trip to Planet Camp. For one week a group of random students gets to camp on a planet without adults! The team bonding exercise also entails a challenge and this year it’s babysitting fellow classmate Quitterie Raffaelli’s newly adopted little sister. But no sooner does the group land on planet McPa than a glowing orb transports the intrepid campers into space. They find themselves floating near a derelict space ship they dub the Astra. It turns out they are stranded three months from home and have to find food and water in short order or perish.

Astra is a warm bath of science fiction tropes with an ensemble cast. Once the action gets going Aries fades into the background a bit, replaced as main character by self proclaimed 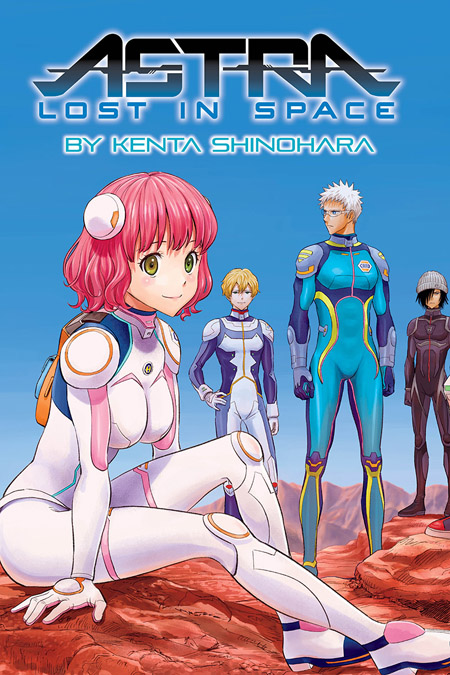 “Captain” Kanata, who steps up as leader and actually does have the decisiveness and heart to lead the group. Each of the characters has a special skill or area of interest that aids the group in their fight for survival. Even Aries turns out to have one useful talent, a photographic memory.

If you think you’ve seen Astra before it’s because you have, but even if the story isn’t incredibly original that doesn’t mean it’s not a fun book and enjoyable read. It’s full of fun aliens and good art, with lots of well-rendered technical equipment like spaceships and robots. Shinohara has an almost retro early 2000s vibe going. The characters are attractive though it would be nice if gym uniforms in the future weren’t so painfully gendered. The art has a great sense of place, from the ship the kids find themselves on to the alien planet. On the surface, many of the characters seem like stock standard teens—the mean girl, the emo kid, the quiet girl with huge boobs, right on down to resident ditz Aries—but that doesn’t mean they’re not likable.

Volume 1 sets up several mysteries to be explored in future volumes. What is the glowing orb that transported them in the first place? Was it done on purpose and if so by who? And why is it following them? Who sabotaged the communication systems? Hopefully, future volumes will bring more character development too. Astra might not be the most original of books, but it’s a good mix of the right tropes and it’s an entertaining book that fans of Dark Matter, Star Trek, and classic sci-fi will enjoy.