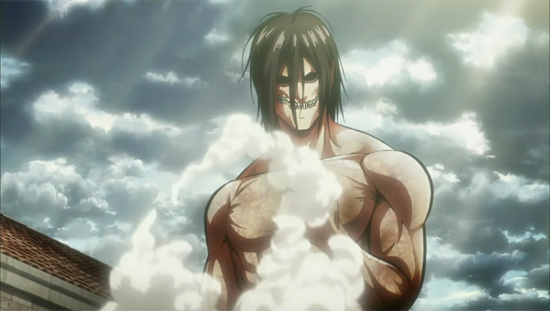 Whoa, in the midst of reporting lots of other Attack on Titan news, this one somehow slipped by us.

Anyway, it was announced at the beginning of April that the anime series Attack on Titan (you guys might’ve maybe heard of this, right?) will be the subject of the tried-and-true compilation movie treatment. In other words, the 25 episode series will be reedited into two theatrical films that tell the story at hyperspeed.

The first film, subtitled Crimson Bow and Arrow, is set to be released in Japan this winter. It’ll cover episodes 1-13. The second film, Wings of Freedom, will cover 14-25 and be released in 2015. Both films will feature new dubbing (by the original voice actors, don’t worry!), re-editing and presumably some new bits and pieces of animation. 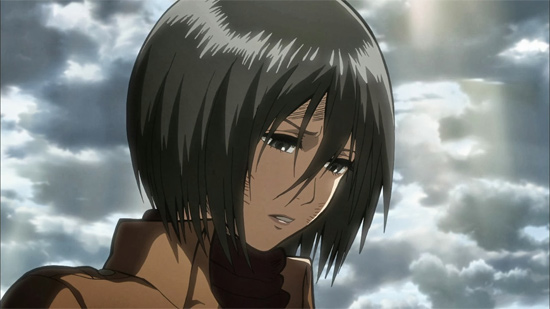 As longtime anime fans know, the quality of compilation films can vary wildly. The gold standard is the Gundam trilogy, which took the original 43-episode Gundam series and largely improved on its pacing and and added a lot of new footage. On the other hand, there are numerous examples of films that fail to capture the spirit of the original series.

Attack on Titan could really go either way, couldn’t it? There were certainly episodes where not a whole lot happened, but too fast a pace might also kill a lot of that sizzling tension that made the show so good. What do you think?