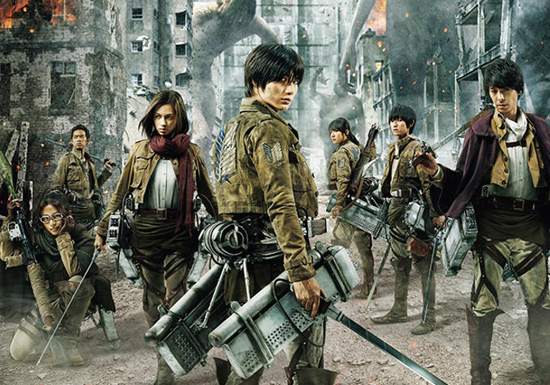 Attack on Titan: a franchise that needs no introduction, the series has gone in the span of six years from an obscure monthly manga by a 23-year-old to a mega-hit, with an anime series, light novels, spinoff manga and theme park attractions. The final confirmation of Attack on Titan as a certified smash was the announcement of two live-action film adaptations by director and special effects supervisor Shinji Higuchi, the first of which premiered August 1 in Japan.

Despite the impressive resume of director Higuchi, who has done special effects for films like Gamera and Godzilla, fans wondered how closely a live-action Titan film could replicate the original’s European setting, characters and aesthetic.

In the end? It doesn’t. And that’s okay.

Attack on Titan begins much like the original: Eren, Mikasa and Arwin are three friends living inside a wall protecting the human race from the Titans, giants who feed on humans. No one has seen these Titans for generations, to the point where some doubt whether they even exist.

That all changes with the appearance of the so-called Colossal Titan, who suddenly appears and smashes a hole in the wall, allowing the Titans to make their way through and start chowing down.

Let’s talk about the Titans. Another director might’ve decided to build them from scratch as computer graphics, but Higuchi cast real actors, manipulating their appearance with makeup and elongating or bloating their limbs. 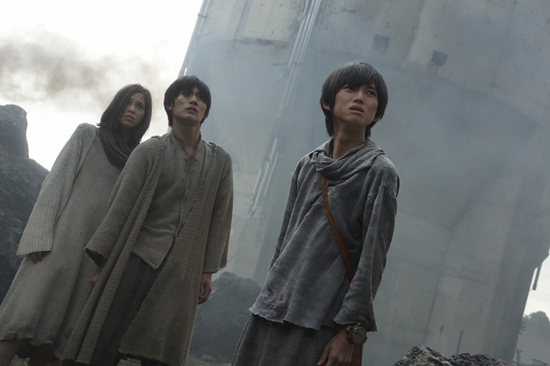 The result is pretty horrifying. The Titans of the manga and anime are by no means cute and fuzzy, but seeing them with real human faces, grinning and laughing as they trample their way through the city is somehow even more grotesque.

The same could be said for the whole film: the manga and anime are by no means kids’ stuff, but Higuchi has amped up the blood, guts and sex, making this version of Attack on Titan into a certified monster movie. In the end, you’d expect no less from the director who cut his teeth on kaiju flicks.

After the opening scene, Titan retains the core of the original – the friends join the military, meet other recruits like Jean and Sasha, and go on a mission to seal the broken part of the outer wall – but alters several elements, significantly changing the relationship between Eren and Mikasa, for one, as well as introducing lots of new characters while eliminating others.

The setting is also quite different: the live-action Titan abandons any pretense of being set in Europe; instead, Higuchi and company shot the film on Gunkanjima, or Battleship Island, the site of an abandoned ruin that served as the inspiration for the baddie’s lair in Skyfall.

It might have ultimately been a practical rather than aesthetic choice to shoot in Japan, but Gunkanjima an impressive setting, looking more dystopian in dusty grays than the anime’s bright green fields and forests.

But the biggest difference between the original and the live-action version is tone. Attack on Titan is simultaneously quite brutal – several characters say “this world is hell” throughout the film and man, they aren’t kidding – but also over-the-top in a way that’s bizarrely entertaining, especially as the film draws to a conclusion.

Or, should I say, a cliffhanger. The live-action Attack on Titan, like so many manga adaptations recently, has been chopped into two films, with the second premiering in mid-September. As a result, the first film feels like literally half a movie. Studios, stop doing this. Seriously.

One other complaint, while I’m at it: the closing credits song “Anti-Hero” by Japanese band Sekai no Owari, is just awful. Bring back Linked Horizon. Please.

That aside, for someone who’s generally quite cynical about live-action adaptations, Attack on Titan was a pleasant surprise. Series purists might have a hard time with this one, but if you’re interested in seeing the basic premise of Attack on Titan turned into a full-fledged monster movie, this is your flick.

Matt Schley is Otaku USA’s Man in Japan and e-News editor. When not writing about anime, he’s sweating it out at the ballpark. Send him a tweet. 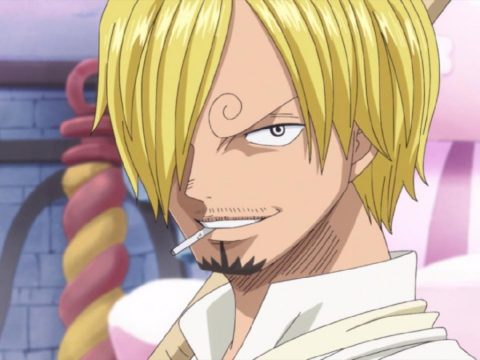