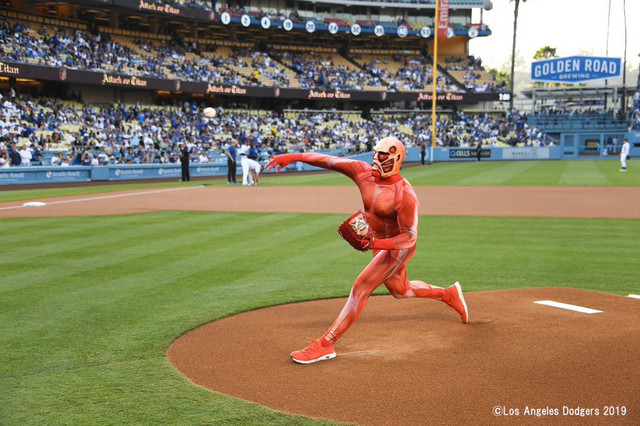 Fans who showed up to the July 5 baseball game between the L.A. Dodgers and the San Diego Padres got a special Attack on Titan treat. The Colossal Titan, AKA “Titan-kun” in this scenario, made an appearance to throw the first pitch.

Titan-kun even took a moment to pose for photos with Dodgers player Kenta Maeda, and he had his very own mitt that seriously needs to go on sale soon. 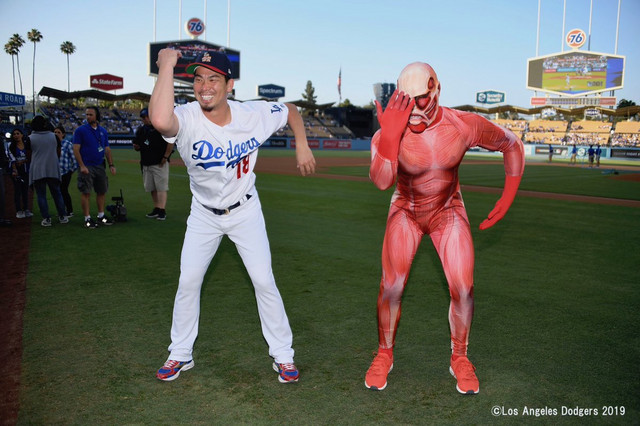 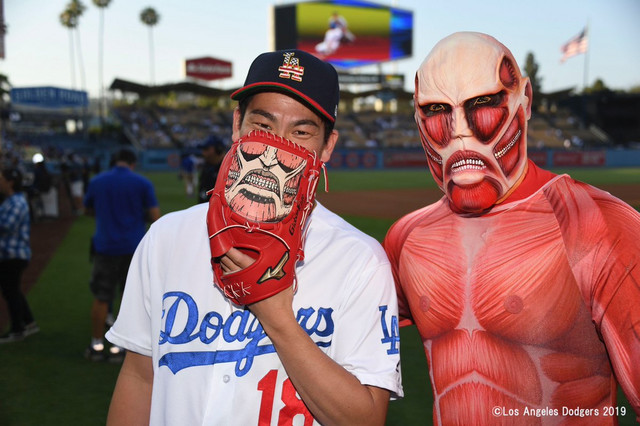 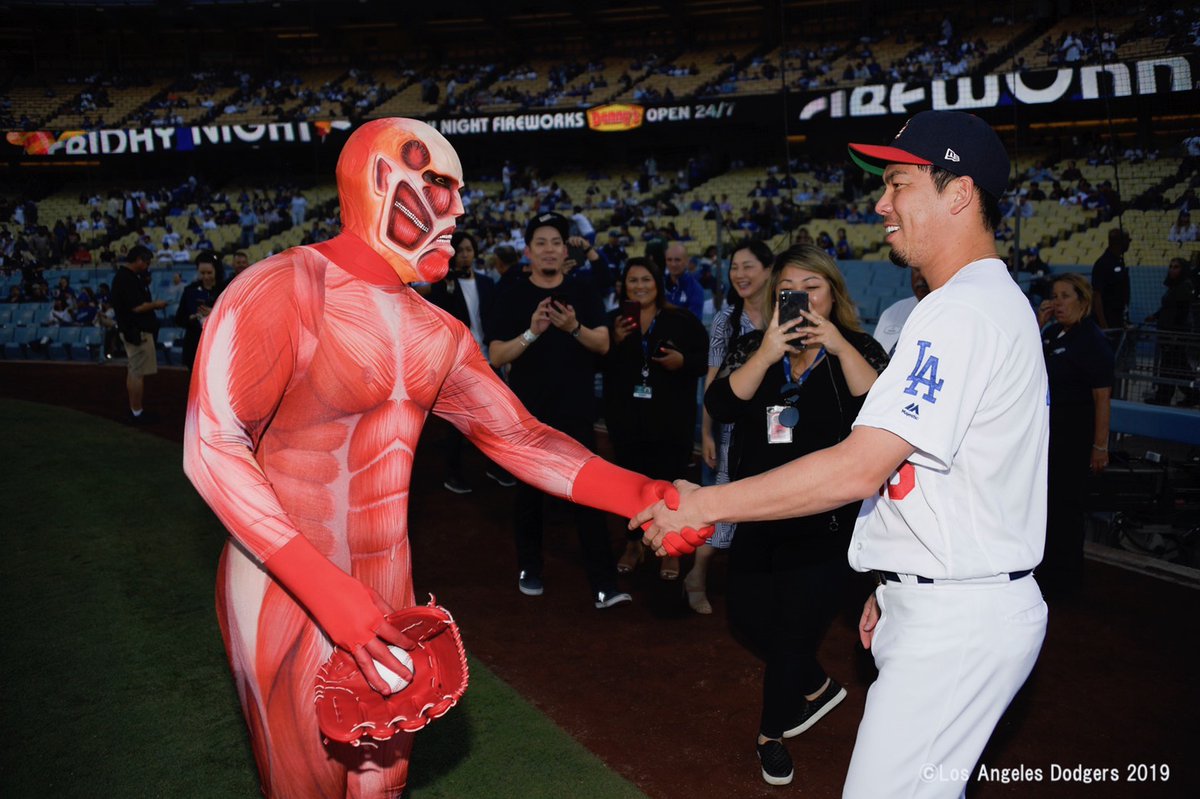 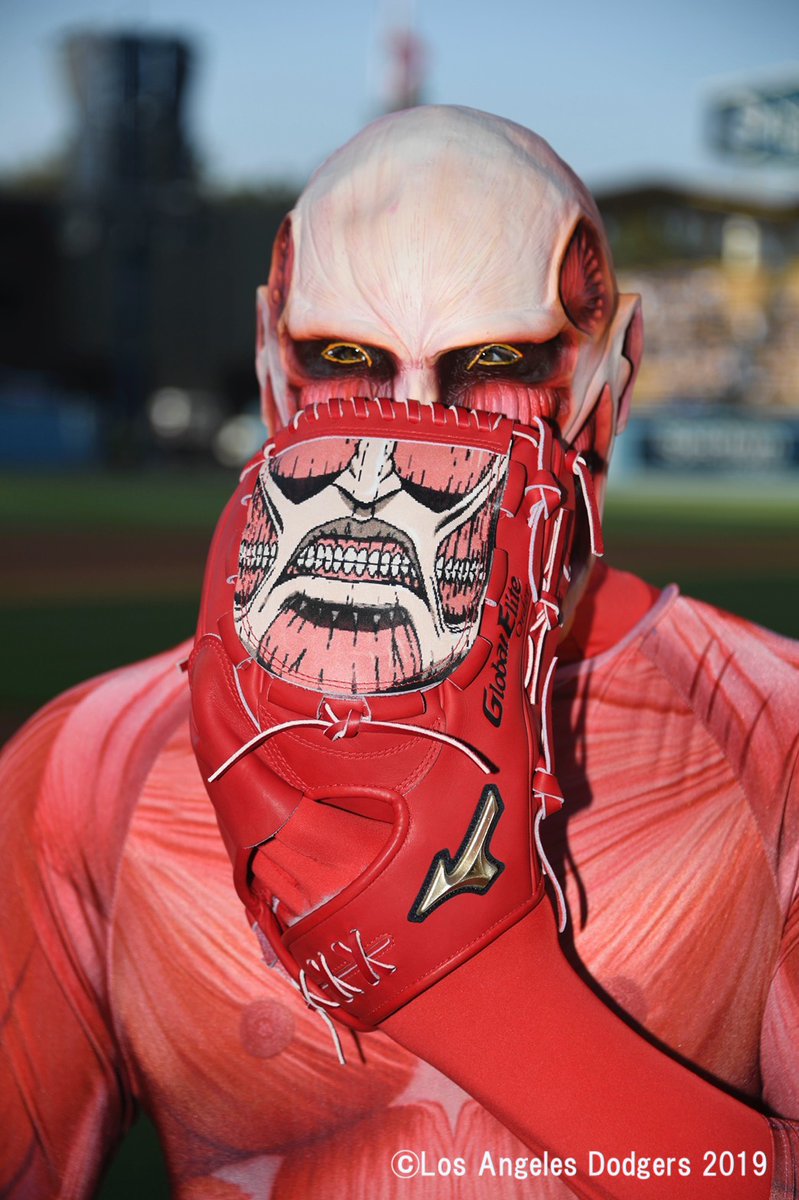