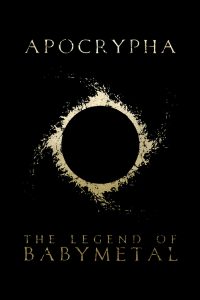 The Japanese metal idols will be sharing their origin story in Apocrypha: The Legend of Babymetal, a graphic novel from Z2 Comics.

As fans know, the band has a pretty elaborate mythology—the producer allegedly communicates directly with the Fox God, who tells him how the band should sound and look—which is sure to make great material for the graphic novel.

Hollywood Reporter quoted co-publisher Sridhar Reddy as saying, “In the months to come, Babymetal fans can expect more announcements, but today I would say the question we should be asking is not who is Babymetal, but what is Babymetal?”

If you’ve ever wanted to catch Babymetal live, by the way, they’ll be on tour in the U.S. this May.