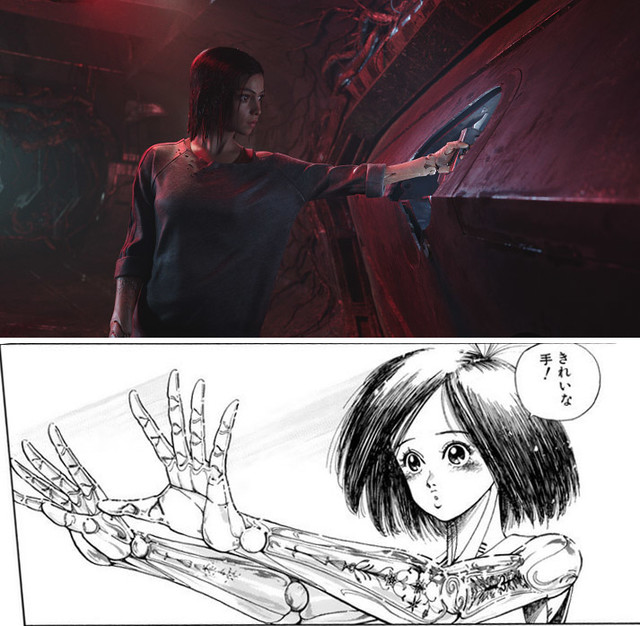 A lot of folks were put off by the big-eyed look of the upcoming Battle Angel Alita (Gunnm) adaptation, Alita: Battle Angel. But Yukito Kishiro, the creator of the original Alita manga, appears to approve.

Kishiro was recently interviewed about the look of the James Cameron-produced film, which opens December 21, 2018 in the US and Japan.

The manga author commented that while he was first surprised by the large eyes, “once I’d seen a few scenes, I forgot all about it. In the scene where they search for the sunken spaceship, and Alita gets wet, I even thought ‘she looks cute!’”

Kishiro also commented that he was impressed by the long, detail-packed shots of Iron City, the translucent, minute mecha designs and more.

“They were able to depict things I, as a manga writer and illustrator, could not, and with such quality. I thought, ‘thank you! This is the movie I wanted to see 30 years ago! I’m jealous of what can be expressed in movies!’”

Does the original author’s stamp of approval sway your opinion of Alita: Battle Angel? Or will you wait to see it with your own… eyes?