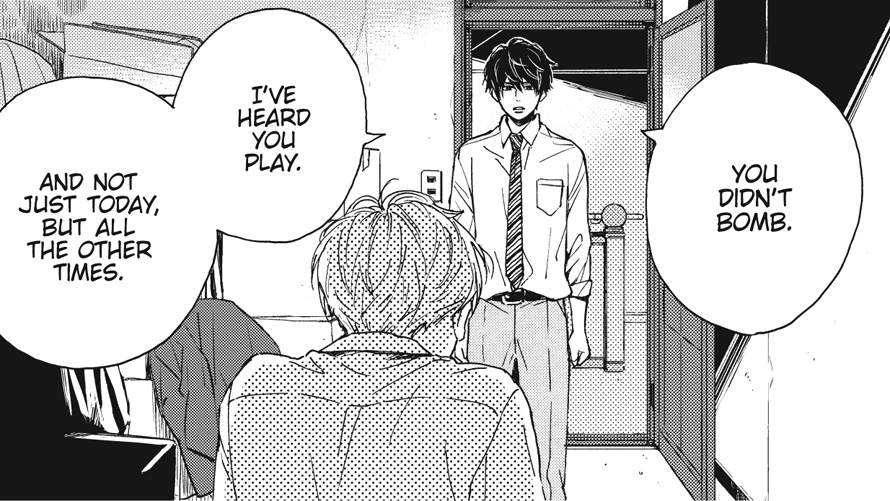 Ashie Taiyou is a teenager who’s always dreamed of making it as a rock musician, but so far stardom has eluded him. In his senior year, he plans to end high school with a bang by putting on a big performance, but his bandmates quit to focus on academics. Taiyou isn’t one to give up. He doggedly pursues gifted piano player Hikari Tsukimoto, inviting him to form a band so they can make sweet, sweet music together.

Initially, Ashie wins Hikari over through his sheer passion for music, despite his middling talent. Inspired by Ashie’s enthusiasm, Hikari rekindles his own love of music, eventually opening up about his reasons for quitting the piano. In Become You, by Orange creator Ichigo Takano, the two boys grow closer as they develop as musicians. 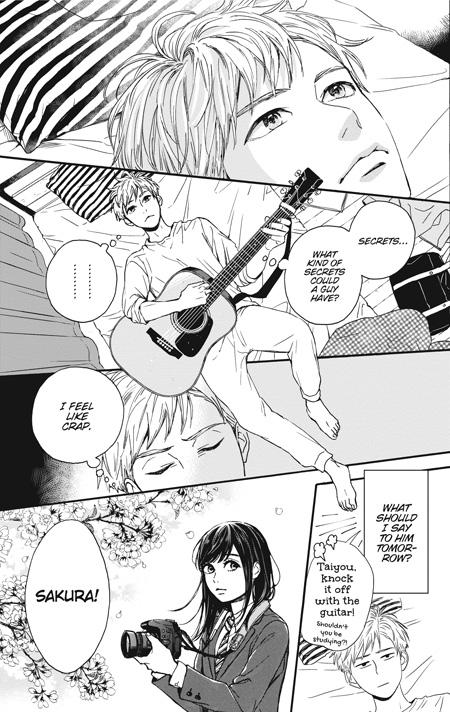 This sweet, introspective story deals with relatable themes, especially the fear of failure and of never achieving one’s dreams. The two leads complement each other nicely. Despite being somewhat withdrawn, Ashie is an upbeat ray of sunshine, while Hikari is the opposite. Ashie never wants to give up, even though he recognizes his own shortcomings, and Hikari pushes him to keep improving.

While the story is mostly grounded in high school reality, the first volume introduces some deeper mysteries, such as the strange figure that appears to Ashie in his subconscious to delve into his musical goals. This may develop into something interesting down the line, but for the time being, Takano’s tender art and the believable relationship between the two leads are enough to keep readers hooked.

Become You is an interesting, more down-to-earth direction for Takano after her time-traveling romance Orange. So far it’s an attractively drawn, emotionally compelling music-themed drama and an inspiration for anyone still searching for a way to make their dreams come true.