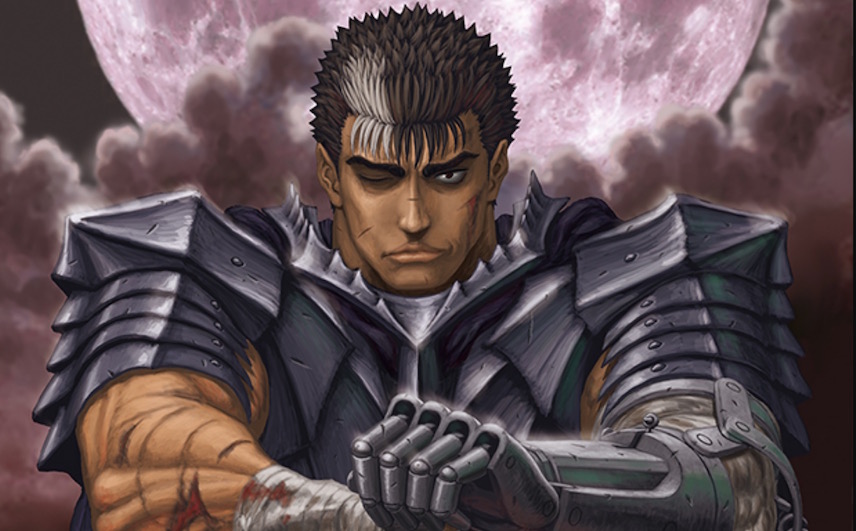 After an eight-month drought, it’s almost time for Kentaro Miura’s Berserk manga to return from hiatus again. According to the latest issue of Hakusensha’s Young Animal magazine, the series will come back to its pages in this year’s double issue 9/10, which hits stands in Japan on April 26.

Young Animal will celebrate the return of Berserk with a color opening page. 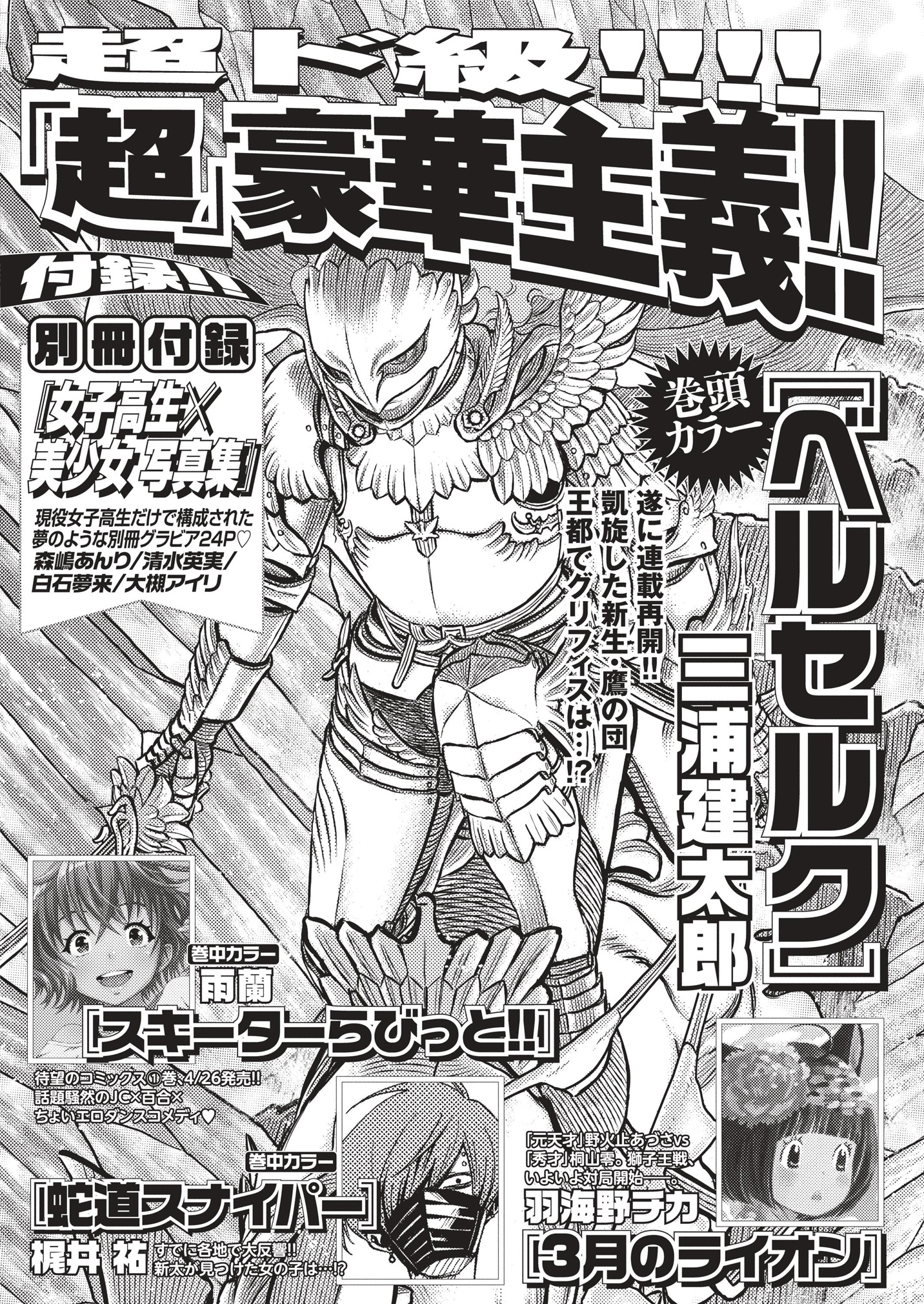 Berserk has been running since 1989, and has been compiled into 40 collected volumes so far.