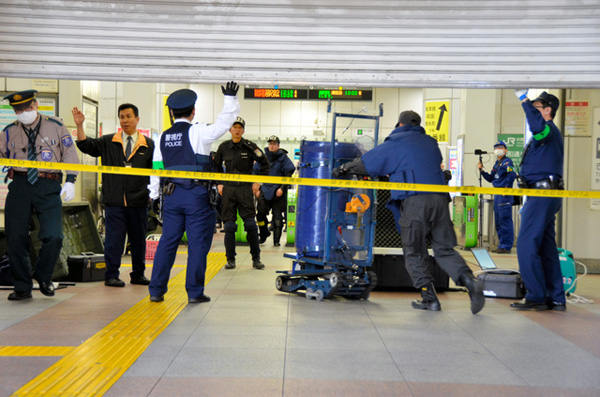 Your average Sunday in Akihabara means lots of anime, game and maid-obsessed shoppers and onlookers quietly making their way to and fro.

But on April 23, Akihabara was the sight of a bit of tension when a suspicious object necessitated the evacuation of the station and the entrance of the bomb squad.

The station was on lockdown for about two and a half hours while police investigated the object, left in a station bathroom.

Ultimately, the object turned out to be “an automatic fragrance dispenser with its circuitry exposed that was taped under a luggage rack,” reports Tokyo Reporter.

The police believe the bomb threat was a prank and are investigating.

If all this sounds like an overabundance of caution, remember that Akihabara was the sight of an incident in 2008 in which an attacker killed seven and injured another ten.