Boogiepop and Others brings the paranormal back to your anime queue 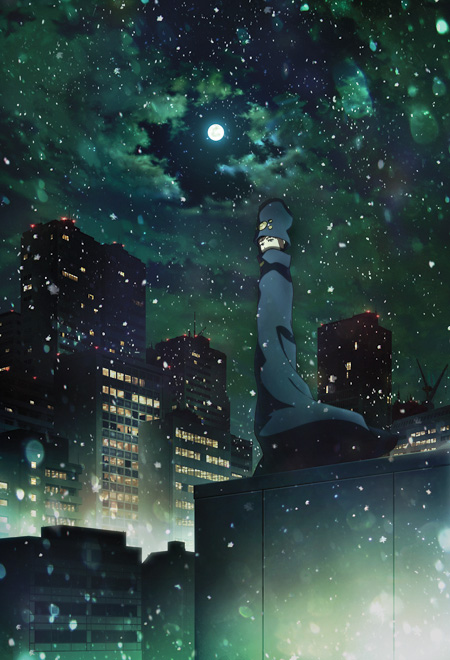 Twenty-six years ago, publishing company Dengeki Bunko opened its doors with the publication of the first Legend of Crystania novel. Last year, it announced it would be celebrating its 25th anniversary with a new adaptation of its first—and still one of its greatest—light novel series hits: Kouhei Kadono and Kouji Ogata’s Boogiepop series.

Boogiepop and Others (released in Japan as Boogiepop Does Not Laugh) marks the third anime project based on the series, but the first to cover the book series on quite this detailed a level. Ostensibly centered on a group of fairly average high school students, the story delves into psychological horror, questions of identity and morality, and hardcore action, all largely without breaking the surface illusion of normality within which it exists. Otherworldly monsters take the form of average students, schoolgirls meet after class to discuss the psychology of murderers, and secret organizations use problem students as sleeper agents.

Nowadays, the concept of weird things happening at a school with weird students is fairly standard anime, manga, and (especially) light novel fare. In 1998, though, it was less so. Boogiepop’s homegrown strangeness, its willingness to plant genre and horror elements directly in the soil of day-to-day life without even changing out of its school uniform, was innovative. Twenty-one years later, it returns to a genre that has followed its example in the meantime, but it’s no less stand-out now than it was in its early days. 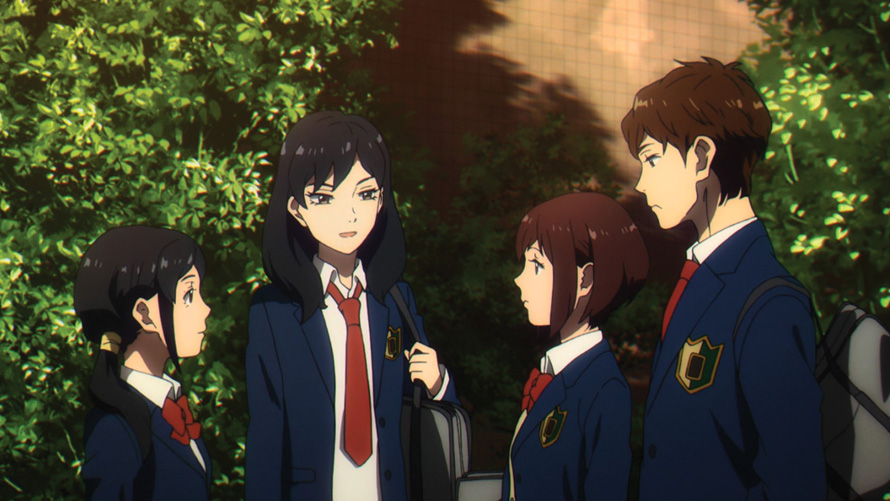 The Protectors of the World

The key figure of Boogiepop and Others is, unsurprisingly, the jazzily named Boogiepop themselves; but you won’t be seeing as much of them as you do the rest of the cast.

To the school at large, the entity known as “Boogiepop” is an urban legend: a handsome boy who appears to girls at the peak of their beauty and kills them. In truth, our title character couldn’t have less interest in average schoolgirls, beautiful or otherwise. The mysterious figure’s true interest is in things far less mundane.

Boogiepop as we first meet them is an enigma: seemingly an alter ego stowed away in the mind of schoolgirl Touka Miyashita, they bubble to the surface (hence their name, a sort of bubbling onomatopoeia) and spring into action whenever an “enemy of the world” is near. Touka herself has no memory of her time as Boogiepop, easily reforming her memories around the missing time.

Despite sharing a body with Touka, there’s no mistaking the two, and not just because of Boogiepop’s signature dark cape and tall hat. In Boogiepop mode, Touka’s girlish tones become more boyish and relaxed, and she wears what could likely be classed as one of anime’s most epic smirks. 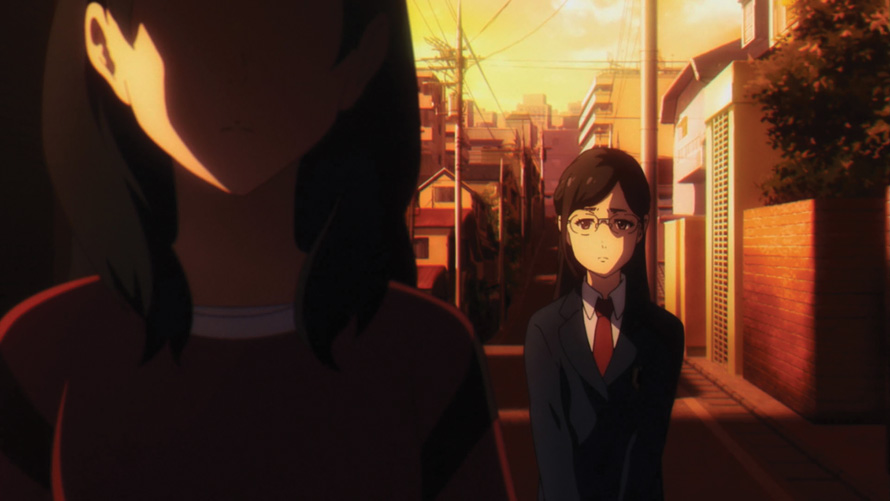 Self-classed as a reaper, Boogiepop arrives to put an end to troublemakers, whatever form they might take. This occasionally involves enlisting the help of perfectly normal students, whereas at other times it’s easier just to stay out of their way. In the end, the evil is defeated, and life returns to whatever passes for normal.

Boogiepop isn’t the only one on a mission, though … not by a long shot. Also present throughout the series is Kirima Nagi, a fellow student of Touka and one with far less mystery behind her doings in the school. Nagi is arguably more ever present even than Boogiepop, playing her hand visibly, especially in the show’s first arc.

Nagi makes no bones about her self-made purpose in the story: she has a messiah complex, and she’s here to save people. She may not be a mysterious entity with a strange backstory, but she has everything she needs to get the job done when it comes to brains, brawn, and resources.

But despite Boogiepop and Nagi’s shared status as defenders of humanity—one created for that pupose, the other creating that purpose for herself—it’s the “Others” who really bring the show together. 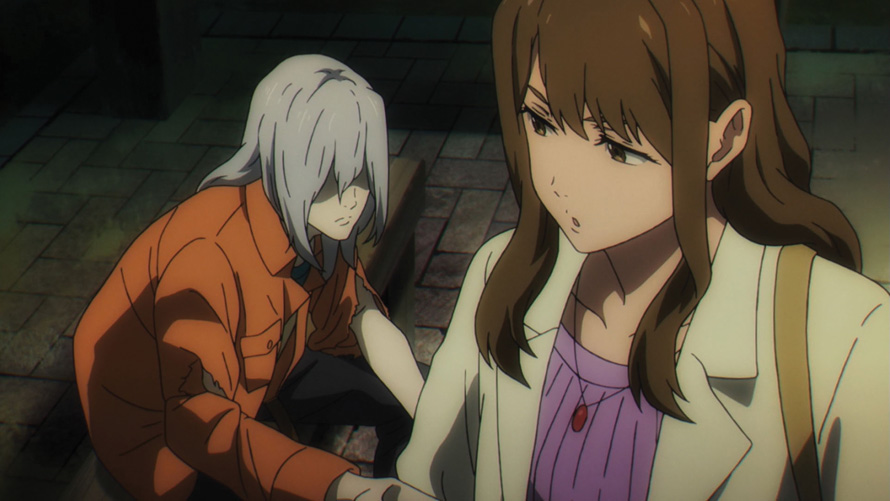 While Boogiepop tends to have the final say in what happens to the various “enemies of the world” we encounter, the show’s primary focus isn’t on our mysterious benefactor. Instead, we spend more time on Boogiepop’s targets, unwitting allies, and—perhaps most importantly—the completely normal students caught in the crossfire.

In the dark shadows of our story is the Towa Organization, exerting its control over humans and superhumans alike. But save for a few exceptions, the strange beings who inhabit this show don’t have odd features or anything particularly telling about them. Most of our non-human entities easily pass through society with little more than some tendencies that can be written off as weird behavior. In fact, it make take viewers a few episodes to figure out which students are artificial humans and which are just … you know … high school kids.

That blur of identity becomes one of the linchpins of the series, and what makes Boogiepop what it is. Heroes and villains aren’t marked by their appearance. Who a person is may change from one moment to the next, as they’re possessed by the otherworldly Imaginator or copied by the ravenous Manticore. The entity who protects humanity disappears into the mind of a normal schoolgirl, who writes the whole thing off as a bad cold. 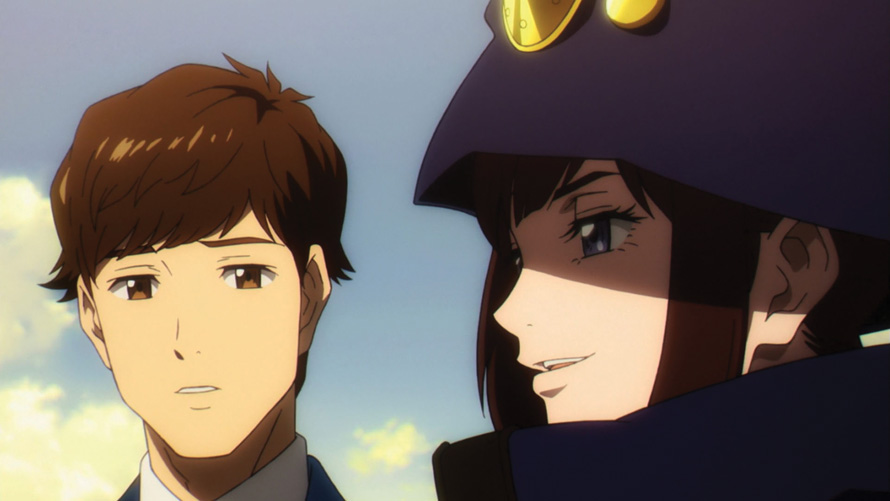 In 1999, one year after the Boogiepop series was first published, a radio DJ in Japan coined the term “chunibyo.” Literally translating to “eighth-grader syndrome,” chunibyo was originally a humorous term to describe the delusions of grandeur of Japanese middle school students, so desperate to be important that they convince themselves they have special (and occasionally superhuman) abilities.

Of course, timing shows that Boogiepop was not a response to the birth of the concept of chunibyo; nonetheless, it’s undeniable that that mindset made—and keeps—Boogiepop in the forefront of people’s minds. The “plainclothes paranormal” setup is oddly personal, playing both on the human desire to be “more” and the human fear of loss of identity. And those are things that never change.

Light novels have changed and evolved around Boogiepop to the point where even the series it influenced no longer bear much resemblance to it. But 21 years later, and 25 years after the start of Dengeki Bunko, the effervescent savior of the world and the Others around them still stand strong in the anime world.

Boogiepop and Others is available from Crunchyroll and Funimation.