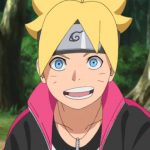 The Boruto: Naruto Next Generations anime is getting ready to switch up its ending theme. According to the latest issue of Weekly Shonen Jump magazine, the five-member group Game Jikkyōsha Wakuwaku Band is set to perform the new ending.

Crunchyroll and Viz Media have been simulcasting Boruto, which first debuted back in April.