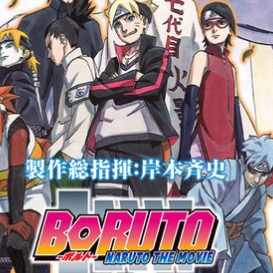 A couple new TV ads for Boruto -Naruto the Movie- debuted via the anime film’s official website, highlighting the bond between Naruto and his son Boruto. You’ll also get a peek at the manga short “The Day Naruto Became a Hokage” and a sample of KANA-BOON’s “Diver” theme song.

The tagline for Boruto -Naruto the Movie- is “The curtain rises on the legend that will surpass all!!” Watch the first ad, “Parent and Child, Student and Teacher,” followed by the second, “Father,” below.

Anohana’s Creators Share the Secrets of Their Success
English Attack on Titan Manga Has Over 2.5 Million Copies in Print