Lupin the Third, everyone’s favorite thief, is coming to screens in 3D.

The film is directed by Takashi Yamazaki, who has directed CG films like Stand by Me Doraemon and the upcoming Dragon Quest: Your Story, as well as CG-heavy live-action films like Parasyte. Yamazaki is also writing the screenplay.

The film will feature the current cast of the Lupin franchise.

Lupin the Third THE FIRST will be the first full-length Lupin film since the death of franchise creator Monkey Punch. The Lupin creator was informed of the project before his death, however, and made the following press comment back in October of 2018:

I’d been waiting for a 3DCG Lupin for a long time. I took a look at the characters and story, and it seems to be a Lupin full of new sensations. Just thinking about what kind of film it’ll be is making me excited.

We’re sad that Monkey Punch isn’t around to see this new take on his ironic characters, but happy that his legacy continues in new and innovative ways.

We’ll let you know how this film is when it hits later this year! 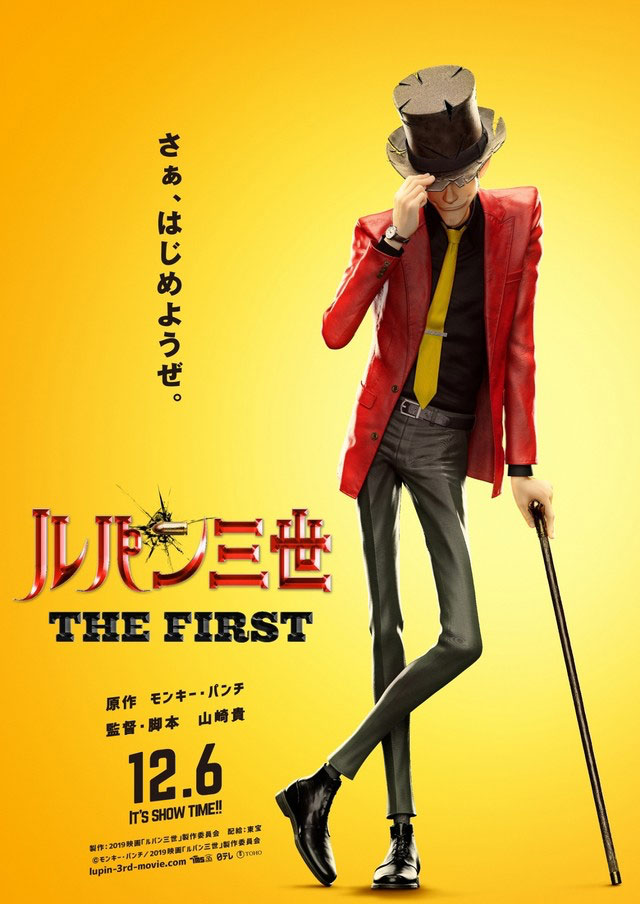