Back in September, we got word YouTube was producing an original CG anime called Obsolete.

Now we’ve got a fresh trailer, plus the news that Obsolete is set to kick off December 3.

The series is the brainchild of Gen Urobuchi, the writer behind Puella Magi Madoka Magica and Thunderbolt Fantasy. It’s directed by Hiroki Yamada (Kaze no Matasaburo) and Seiichi Shirato at studio BUEMON.

Premium YouTube users will be able to watch the show all at once, while regular ol’ folks can watch new episodes once a week with ads.

Here’s a description of the story and a complete staff list courtesy YouTube (with some punctuation cleanup from us; you gotta stop using Japanese colons, bros!):

In 2014, aliens suddenly appear on earth and propose to trade humanoid robots called “EXOFRAMES” for a small price. The outstanding versatility and exceedingly low cost of the alien technology is immediately put to use in industries and battlefields across the globe. Beyond pre-existing weapons, even the existing social order seemingly become obsolete. 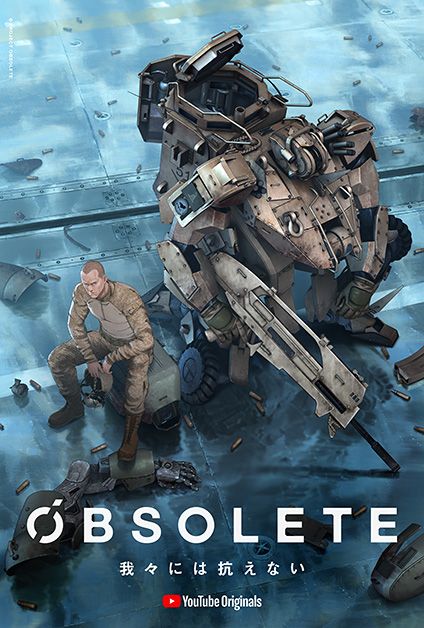