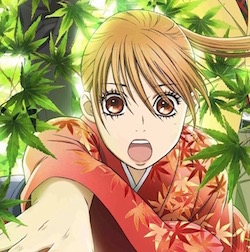 If you have a passion for the Chihayafuru anime and a budding curiosity regarding the card game centerpiece known as Karuta, Sentai Filmworks has you covered. Set to launch on September 12,

packs the first season of the anime in with a ton of physical extras, and pre-orders are now live!

Chihayafuru follows Chihaya Ayase, a girl who grew up without having very much in common with the kids surrounding her. Her parents had other things on their mind—mostly her older sister’s modeling career, to be specific—making Chihaya feel all but completely invisible. Things begin to change, however, when a transfer student named Arata Wataya sucks Chihaya into the world of competitive Karuta.

Karuta is a card-based game that demands quick reflexes, a strong ear, and an exceptional memory, and Chihaya just so happens to be a natural at it. Now that she finally has a goal in mind, the sky is the limit in her quest to become the best Karuta player in Japan.

In addition to the complete first season of Chihayafuru on Blu-ray and DVD, Sentai’s set packs in a box of extras, a booklet, Karuta glossary, Karuta cards, character cards, and art cards. There’s also a spacer in place for the second season, so you’ll be able to pop it right in when it’s available. You won’t want to wait that long, though, so head to Sentai’s website to secure your copy of