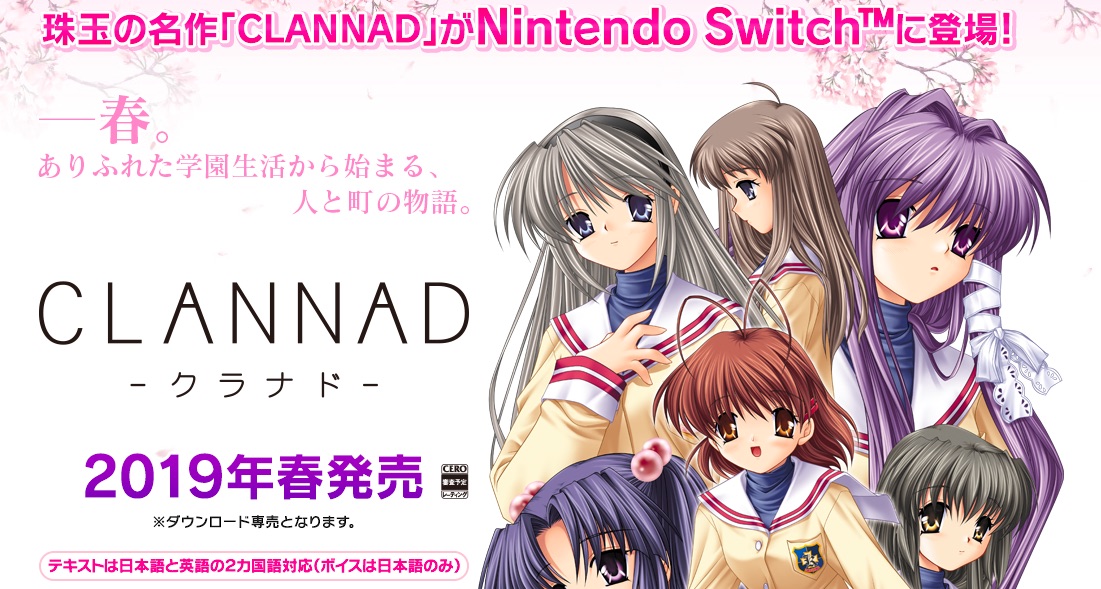 You may know Clannad as an anime series, but the franchise got its start as a visual novel from the folks at Key.

Now that visual novel is getting a new release on Nintendo Switch—with English-language support.

If that isn’t enough to tempt you, listen to this: The Clannad Switch port will have 5.1 surround sound. Visual novels have never been so immersive. The Switch version comes out this spring.

Clannad, originally released in 2004, has previously been ported to many platforms in both Japanese and English. It was adapted into two anime series, Clannad and Clannad After Story, plus an OVA and film.

Here’s how Sentai Filmworks describes their release of both series:

Ever since the death of his mother, Tomoya’s life has been in a downward spiral. Nagisa’s declining health has been so fragile that she’s been forced to repeat a year of school. But when he agrees to help her restart the school’s disbanded Drama Club, they learn that sometimes, if you find the right people to help you, you can get a second chance at happiness. Join the ambitious Tomoyo, who dreams of becoming class president; Kotomi, a troubled genius with a secret past; and the mysterious Fuko, whose connection with the world has become so tenuous that she’s literally fading from existence.