Code Geass: Lelouch of the Re;surrection is an Enjoyable Comeback 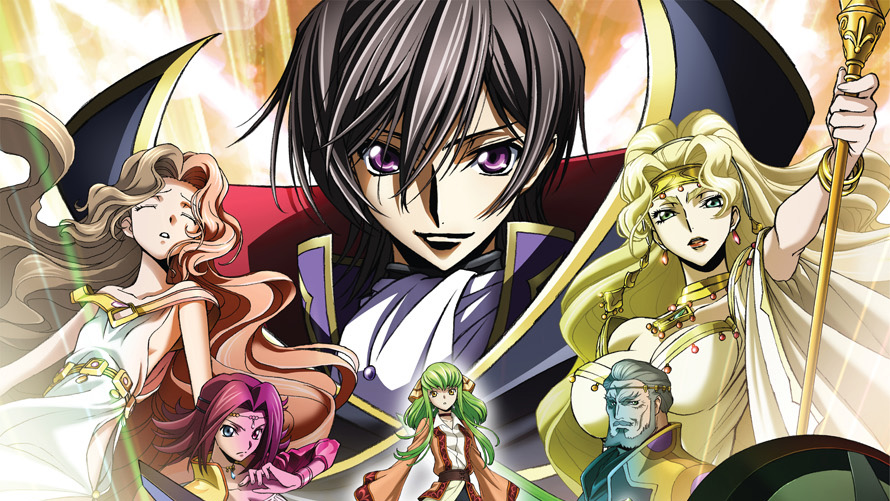 … for better or worse.

The past decade has been a tumultuous one for anime fandom. The rise of simulcast streaming has made it easy to watch virtually any series almost immediately after it airs in Japan. Alongside the obvious upsides, there’s the downside that fans now chew through shows instantaneously, replacing old fandoms with new ones as they go. But it wasn’t always this way.

In 2006, Funimation was a home video licensor and Crunchyroll was a fledgling pirate site. Netflix did this neat thing where they shipped DVDs to your house. And Code Geass: Lelouch of the Rebellion was a Big Deal. 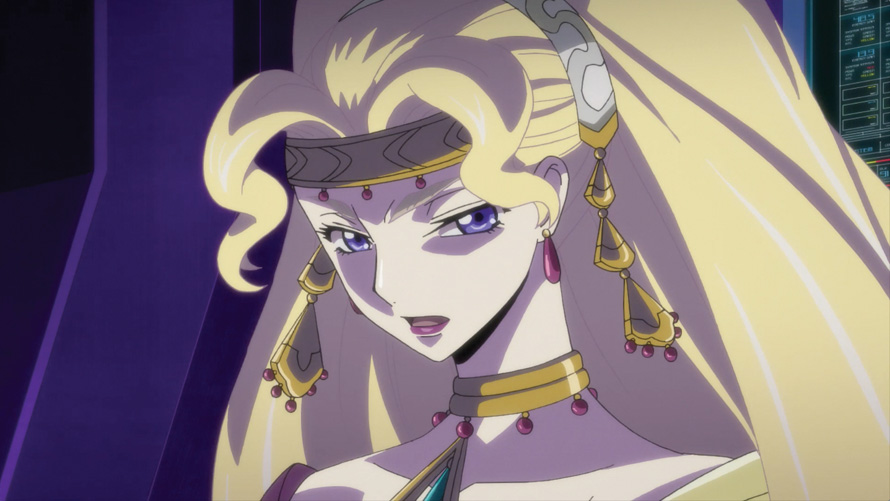 In an era when watching brand-new anime often took some effort, whether it was crawling forum threads for recommendations or searching out torrents, Code Geass was the kind of series that stood out from the crowd: a mecha action show packed with attractive characters (both male and female), labyrinthine politics, cartoonishly unsubtle T&A, and plot twists. Lordy, the plot twists.

Lelouch and his sister Nunnally are an exiled prince and princess of the Britannian Empire (a souped-up, sci-fi British Empire). When Lelouch receives a power called a Geass that allows him to control minds from a mysterious woman named CC, he proceeds to wage war against the Empire and its armies, including his childhood friend Suzaku and his own siblings. 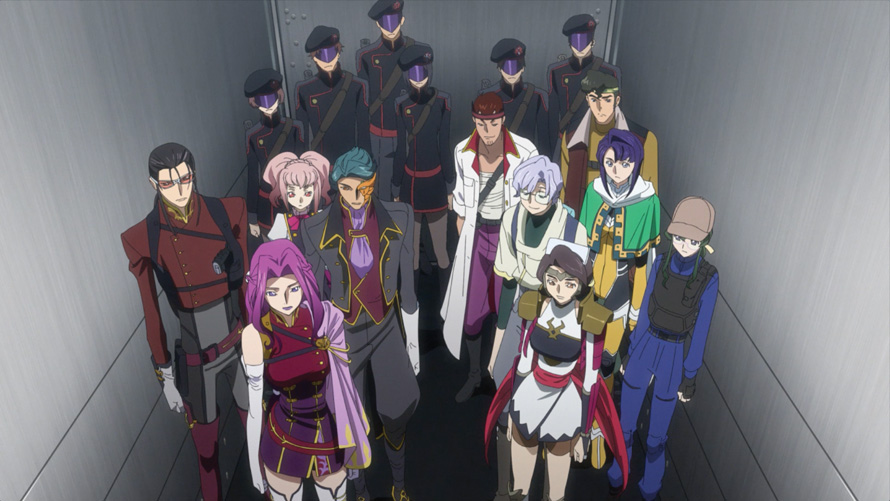 Code Geass is the kind of show that got people talking. One episode explores the moral implications of terrorism, while the next revolves around a runaway cat at a school. Characters die or have their memories erased due to laughable coincidences. It is pure soap opera cheese, one unpredictable twist after another, and it had people glued to their screens.

After an avalanche of spinoffs, Code Geass finally hit the 10th anniversary of its final episode in 2018, having been long since eclipsed in our fast-moving anime fandom—which means it’s the perfect time for a reboot! Enter Code Geass: Lelouch of the Re;surrection. 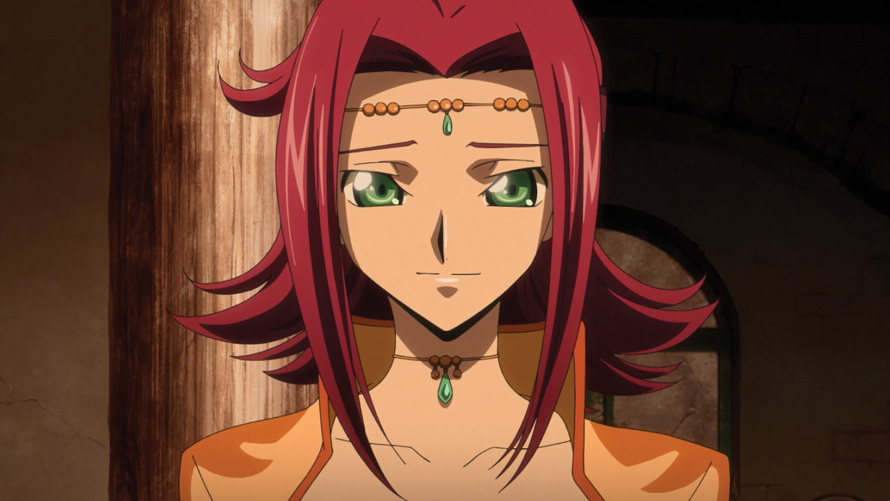 Lelouch of the Reboot

Unfortunately, it’s nearly impossible to talk about this movie without spoiling the original series a little bit. It’s called Lelouch of the Re;surrection after all, so suffice it to say that at the beginning of the movie, our anti-hero is … out of commission. The world has been unified, but surprise surprise, there are still skirmishes threatening world peace. When terrorists kidnap Nunnally and Suzaku, a rescue team embarks on a secret mission to infiltrate a nation of ancient warriors. CC comes along for the ride, but with her own mission: using the nation’s Geass technology to bring Lelouch back.

What follows is more or less the Code Geass version of a Shonen Jump side-story movie: brand-new villains and a new location disconnected from the rest of the series, an open-and-shut battle, and minimal disruptions to series canon—other than, of course, the titular “resurrection.” 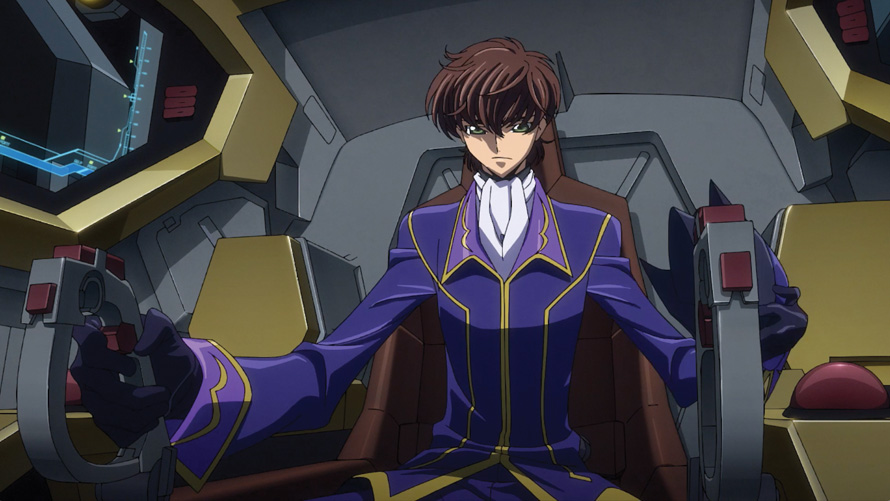 Yes, Lelouch is back in action, with his trademark arrogance and comical levels of tactical genius. Code Geass has always been Gundam meets Death Note, and Re;surrection doesn’t skimp on its trademark schtick.

Re;surrection largely traffics in this kind of familiarity, packing its runtime with cameo after cameo for fans of the original, including a shameless opening scene showing off most of the cast. Still, Code Geass’s characters really are pretty memorable, and despite me forgetting most of their names, there’s something nice about seeing them all again, like randomly running into an old acquaintance on the street. 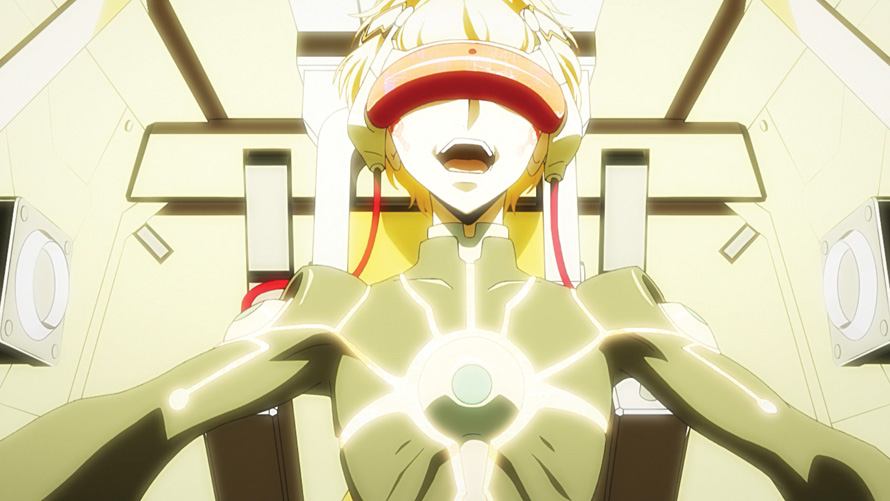 The problem comes in when Re;surrection’s fanservice runs up against the serious moral questions of the original series. What made the original ending so impactful was its culmination of 52 episodes of negotiation between the needs of the many and the few. Many characters, including Lelouch, wavered between these imperatives, but Geass ended with a massive, multilayered act of self-sacrifice for the greater good, making its final message crystal clear.

In reversing that sacrifice, the movie unravels the whole premise of the series. Director Goro Taniguchi and screenwriter Ichiro Okouchi clearly understand this, since Lelouch spends an inordinate amount of time awkwardly explaining why it’s okay that he’s back and how he’s just going to save his sister then go away. It’s difficult to believe him over the sound of the merchandising machine springing back to life and the smell of the PVC in the new figurines. 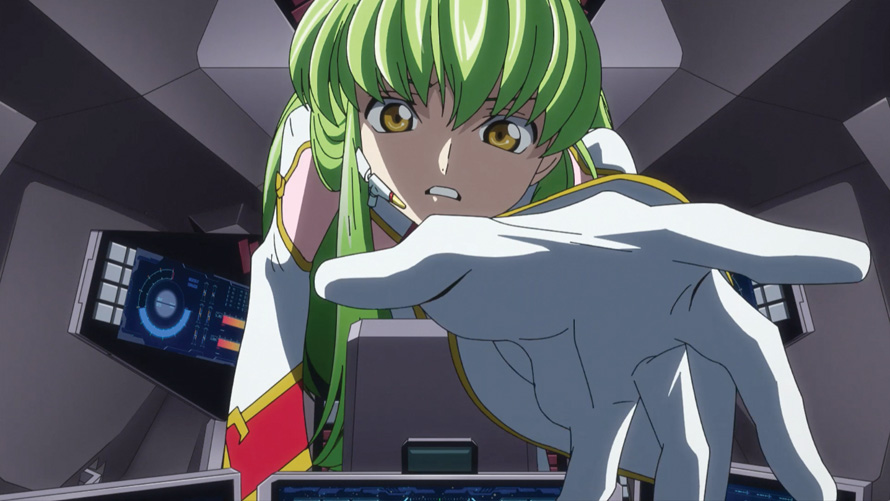 Duel in the Desert

At times Geass is a show where it’s best to just shut your brain off and go along for the ride, and for much of Re;surrection this is a fine strategy. The film starts with a mecha battle, then turns into a heist before concluding with one last series of big honking robot fights, complete with the overpowered super-mechs and gratuitous beam spam of the original series. Thankfully, only part of the cast takes part in the action, with the rest relegated to the home team, ensuring that the movie’s main characters get enough screen time to do things like form rivalries with their counterparts on the enemy team.

The characters who get that screen time are mostly the usual suspects: Lelouch, Suzaku, and CC, of course, as well as red-headed freedom fighter Kallen, mad scientist Lloyd, and my personal favorite, the warrior princess Cornelia. Unfortunately, Nunnally is turned into a mute damsel in distress, despite the impressive amount of agency she has in the second season of the series. 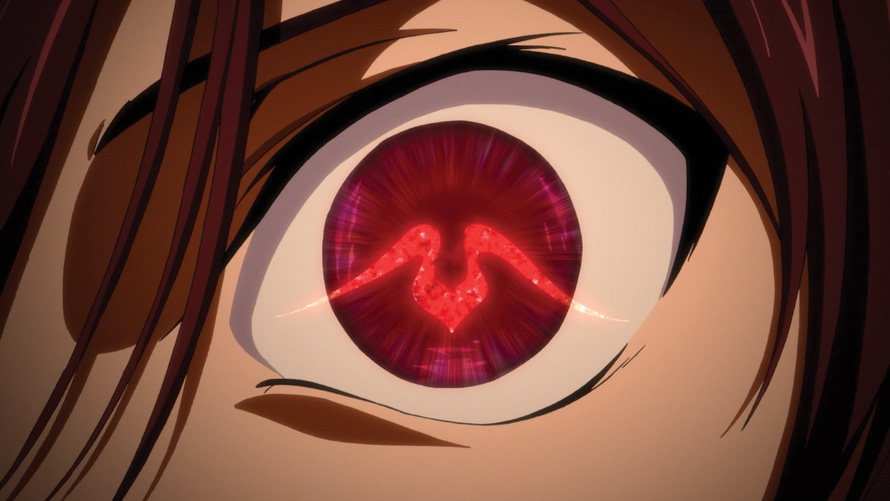 The movie is pretty straightforward, with very few big twists, save for a single massive one in the middle of the film. Lelouch’s mind-control Geass is a hard one to beat, but when the movie reveals one of the enemy Geasses, it completely turns the story on its head. The twist is both surprising and masterfully executed, and left me wondering how Lelouch could win. That’s saying something for a main character who has effectively supernatural intelligence.

Code Geass: Lelouch of the Re;surrection has me conflicted. On the one hand, it’s a fun romp back through the Code Geass universe, and I really did enjoy reuniting with the cast. On the other, its very existence reeks of cynicism and undermines some of the best moral statements of the original. 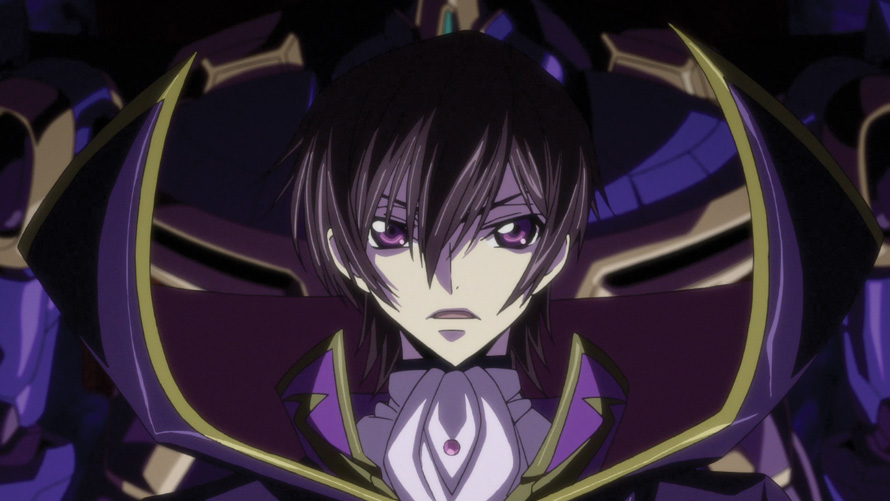 In that sense, it’s about as Code Geass as you can get: good and bad, genius and idiocy, smashed into a shockingly entertaining melting pot of anime camp. So what the heck, keep it coming Sunrise. I’m ready for the Code Geass Cinematic Universe.

Code Geass: Lelouch of the Re;surrection is available from Funimation.