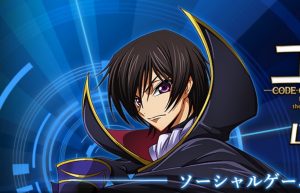 Code Geass is coming to smartphones in the very near future, and we’ll get to see what it has in store for us during this year’s Tokyo Game Show event. According to the official website, Code Geass: Lelouch of the Rebellion -Lost Stories- will be on display, with a “stage-jacking” presentation planned for September 23.

There isn’t much more in the way of info at the moment, but as of right now they promise something more than a “typical announcement.” There will be cosplayers at the event, too, as well as an appearance by voice actress Ami Koshimizu.