Coming Back – A Short Chat With Utada

1999 was a special year for me. It wasn’t just the end of the 90’s, it was the year that I got my first taste of Japanese music that would leave me wanting more. The sample came in the form of a website reviewing the first album of one Hikaru Utada. Embedded in the site was a sample of her first single, “Automatic.” All the same, from that moment on, I was sold. Even as I began to discover more artists, I always kept coming back to her music. In a time when N’Sync and Smash Mouth summed up my age-group’s musical spectrum, Utada’s music always stood out. I’m not alone in thinking this either; she’s won the #1 Favorite Artist award from Oricon’s annual reader’s poll two years in a row and her 2007 single, “Flavor of Life”, is a contender for the most downloaded Japanese song. In fact, “Automatic” showed up on her first album, First Love which, as of this writing, is the Japanese equivalent of Thriller with it being one of the best-selling Japanese albums of all time.

In 2004, my teenage dreams came true as Hikaru made her debut in the US, known simply as “Utada.” Her album Exodus did well in the singles but didn’t exactly get the mainstream acclaim that it deserved. Flash forward to the present and suddenly, news of a brand-new US album hits the net like something fierce. With the press day rapidly approaching, I lept at the opportunity to talk to her. Unfortunately, a lot of the finer details were kept under wraps as there were still some finishing touches to be made. All the same, the short but sweet chat we had was just as memorable…

MIKE: Now before we start, I do want to say from one January birthday to another, Happy belated Birthday…

Thank you, thank you!

Still, 10 years doing this… 5 albums later, now you’re doing your second US album. At any point did you ever think you’d be doing something you’ve loved for so long?

I really didn’t I would be continuing this work for so long. I was shocked to find that this was my 10th anniversary year! I mean, from the beginning, I never planned to debut… From childhood, I thought I would not choose the career my parents had. And I didn’t want to be a musician because I thought it a crazy lifestyle with how unstable everything was, both financially and emotionally. As a kid I always thought I would get a regular 9-to-5 sort of job and not be this crazy musician. But somehow, I ended up doing it and… I never planned to have this long of a career… I guess it was just the only path I had.

One of those happy accidents?

Happy and sad, but all meant to be. Now I can’t imagine it being any other way.

With the release of [This is the One] being in March, I noticed that a lot of your past albums, with a few exceptions, also came out around the same month. Is there some kind of significance or am I reading too much into it?

[Laughs] That the release dates seem to come a lot in March? Um… Pure coincidence.

Okay. Wow, just proves how much time I have on my hands…

Coming back to New York to work on [This is the One], even with the anniversary, did it at any point feel like a homecoming?

Not…really. Everything with this album, it feels like a very new start. Partly because I’ve matured since my last English album… With Exodus, it was very introverted, I thought… I didn’t expect it to connect with a wide audience. It was just me cooped up in my little house, doing all this techie work on my computer like a geek…

… and now the staff of Island Def Jam has pretty much all changed… and it’s a new atmosphere here but everyone’s feeling good… I feel like I’m at a very good point, musician-wise and as a woman to be making a new thing, to be working on this new project. I’m feeling very… new. Like a debut almost.

In a prior interview, you said that this feels like a true debut for you. Would that say what the overall feel of the new album is?

From the getgo, what I envisioned was something that would connect with a wide, wide audience and to make… something mainstream but not anything like cheap or selling out. Just good pop with honesty and integrity. And if I can accomplish that, which I think I have, then I think it should connect. I’m just looking forward to the reaction.

What keeps you coming back [to New York]?

Technically, I’d say it’s because I got these offers. I’m not a very agressive person, I’m sort of like passive-agressive. So, when these labels come to me with an offer like “Why don’t you make an album here?” or “You’re not working on your next one yet? When’s the next one coming?” then I say “Oh okay then… sure! I’ll do it!”… But I always come back to New York for work or just as a home, because it really is my home… Since it was so much a part of my childhood, I didn’t realize until recently how special and unique this city is. I just feel so safe and since I’ve been traveling so much and going back and forth between cities most of my life, it’s hard to feel like there’s a home… It’s not like my parents have a home where I can go back to or anything like that, they all move around too. This city, New York itself, seems like my only home at this point, more than any city I’d say.

Going back to the album, in the EPK there was the note about how most of the work done with STARGATE mostly involved data transfer as opposed to being in the studio like you were with Tricky. At any point did that ever feel odd? Like you were missing something?

Not at all! It worked out perfectly! With the way Tricky works and our chemistry, I think we needed to go into the studio together and it worked out very well. With Stargate, the music did all the speaking. It seems like if we had been in the studio, there would have been other things in the way. It was just purely music communication and it was…amazing actually. It felt really good and right… and working with this data thing seemed like the right way to do it.

Is there a particular aspect of production that you really look forward to?

Well I guess my favorite part is making the melodies. It’s hard to say which part is my favorite because to me, it’s like all one thing. As I’m making the music, the melodies and working on the track, I’m also thinking of the lyrics and how to sing it. So to me… it’s all one big process. I don’t think I could chop that up into different parts….

With things taking off for the album, is there a chance of getting a proper tour?

I really ought to, huh? [Laughs] I would love to… but we haven’t gotten to planning that yet. I really do think I ought to. If there’s enough of a demand for it, it’s more likely to happen.

And now that you’ve said that, somebody’s going to hop on the wire and start a petition…

That wouldn’t hurt at all!

Future plans: When everything’s said and done, what would you want to say you accomplished?

I haven’t really thought of that, actually! Hmm… As long as I can make the point that I’m an honest person with my music and my life, that I’m not a queen, sitting on a throne. Everything I do is for the music really… not to be a glam artist or be a celebrity. If I can get people to see me as a musician, not a celebrity, that would make my day. I’d be able get a good night’s sleep if I felt that.

One last question that some fans dared me to ask: Which do you prefer? Simple or Clean? 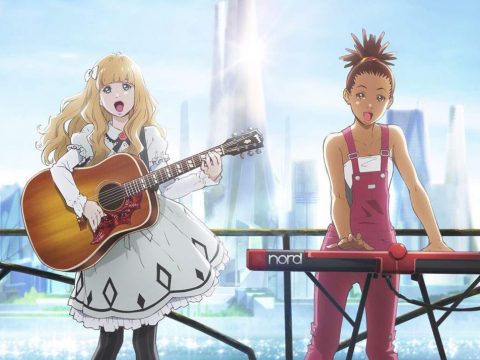 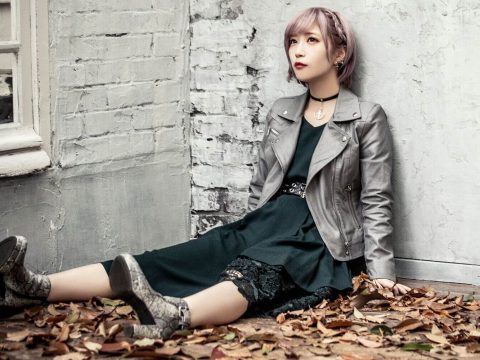 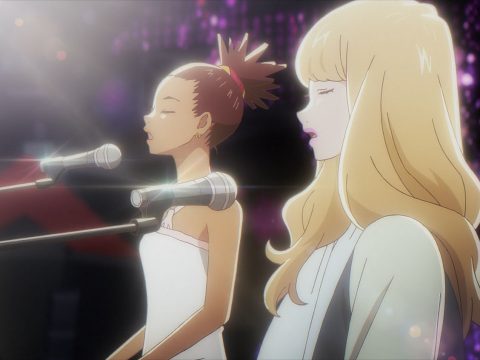