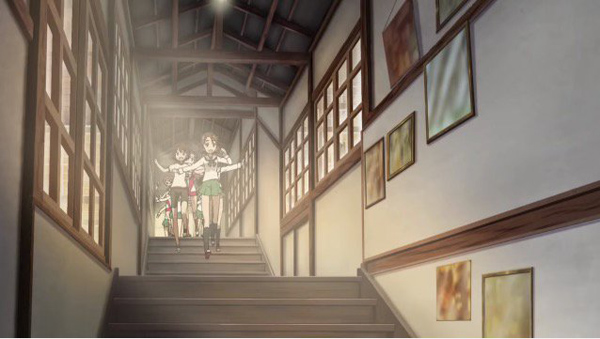 Kami-Oka Elementary School, a real-life Meiji-period school used as a location in Girls und Panzer der Film, has banned cosplay on the premises following some bad behavior on the part of Girls und Panzer fans.

The news came yesterday via Twitter user @konecuto556, who posted a photo of a sign announcing the ban of cosplay photography on the premises.

The reason? Several photoshoots were seen to be in breach of good manners. Some photoshoots appeared to be for commercial purposes, while others involved cosplayers showing their underwear.

Kami-Oka Elementary School, by the way, is located in Ibaraki Prefecture, whose Film Commission describes it like this:

Wooden school building built in Meiji period. It is currently being used as a cultural center for regional residents. All the remains, such as window glasses and school furnishings, are from old times. Characters of elementary school days were filmed In NHK Monday TV series “Dreaming Grapes”.

It looks and sounds totally charming, and yeah, probably not a great place to be flashing your undergarments.