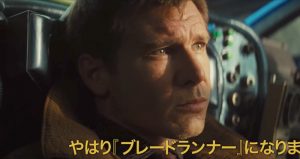 Cowboy Bebop director Shinichiro Watanabe is getting in on the Blade Runner 2049 hype in an exciting way. With the sequel coming to theaters this fall, Watanabe has been put in charge of writing and directing a tie-in anime short called Blade Runner Blackout 2022.

The story covers a mass power outage on the west coast of the U.S., which disrupts food supplies and quickly prompts a ban on the manufacturing of Replicants. Joining Watanabe on the short is character designer/drawing director Shukou Murase (animator on Cowboy Bebop), with Flying Lotus handing the music and CygamesPictures on production.