It’s a trip to the cheeky past as another Go Nagai classic comes back to life in Cutie Honey Universe! 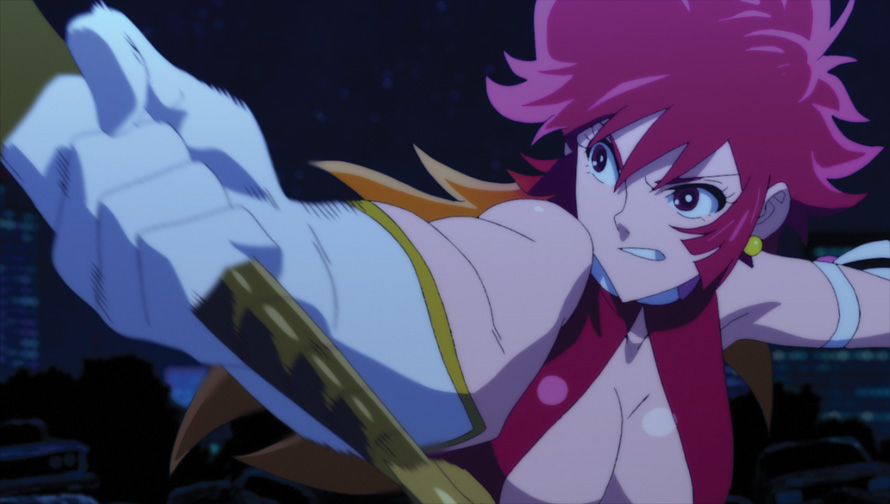 Cutie Honey may be full of literal girl power, but it’s not exactly a forward-thinking progressive powerhouse. The original manga is essentially creator Go Nagai—aka the legend behind classics like Devilman and Mazinger Z—shouting “Whoa! What if lesbians?!” for hundreds of pages, and it’s … kind of great! In its original form—and in a spirit that continues through many followups both on the page and on the screen—Cutie Honey exists along a thin line between tokusatsu TV shows and pinky violence films from the 70s. It’s a time-honored tradition that carries on to this very day in Honey Kisaragi’s latest anime outing, Cutie Honey Universe.

Despite the fact that Cutie Honey Universe aired as part of 2018’s spring anime season, one would be forgiven for thinking it an artifact of a different time. Sure, there’s a certain level of gloss to the production that we associate with the TV anime of today, but everything else is just about as Cutie Honey as you could hope for, short of going full-on nude during transformations like Nagai’s original manga. This is all by design, and it’s clear director Akitoshi Yokoyama (Photo Kano, episodes of Gurren Lagann, Naruto Shippuden, and more) and the rest of the staff at anime studio Production Reed (In Another World With My Smartphone, Rainbow Days) hold a keen reverence for the playful absurdity of the source material. 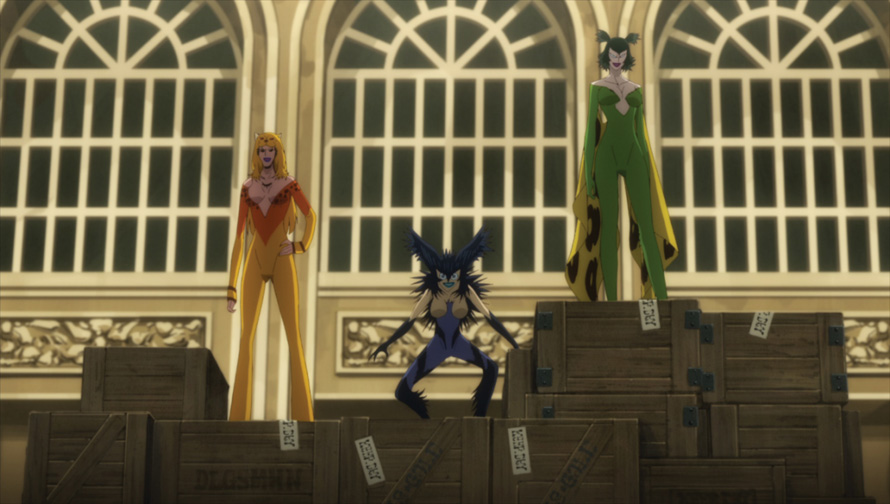 For those of you who are new to the quickdraw-clothes-changing phenomenon of Cutie Honey, the setup couldn’t be simpler. The evil organization known as Panther Claw will stop at nothing to get its hands on a powerful object known as the Airborne Element Fixing Device, which just so happens to be built into Honey Kisaragi’s body. You see, Honey is an android, and her late father created her with the ability to transform into the warrior of love we know as Cutie Honey. That this is just one of a handful of useful forms is what makes Honey so special. She’s a six-in-one Transformer with a dash of adults-only Sailor Moon magic.

As they gradually progress through the overarching plot, each episode presents its own unique threat, from hostage situations to direct attacks against Honey’s boarding school, Saint Chapel Academy. On one side of the ring is the nefarious Sister Jill, leader of Panther Claw, and on the other is Honey, who teams up with the PCIS (Panther Claw Criminal Investigative Services) in an effort to combat their frequent and increasingly deadly attacks. As tends to be the case with other people and groups that have Claw in their name, their nemesis (and our trusty heroine) manages to remain, by hook or by crook, forever just out of their grasp.

Cutie Honey Universe doesn’t really mess around with modernizing many of its original elements. Its perversion knows no bounds—grown men, young boys, and women of all ages are free to bug out their eyes and slap their knees like the Tex Avery wolf. The fact that it still fetishizes—and even wistfully romanticizes—physical abuse at Honey’s boarding school would be troubling in nearly any other context. For better or worse, it’s tough to take any of it seriously when it’s paired with obsessively old-school designs and storytelling sensibilities like these.

Universe’s obsession with honoring the classic style of Cutie Honey is an admirable one, but it also means you shouldn’t go into this production expecting something as radical as Masaaki Yuasa’s take on Devilman crybaby. This is very much Go Nagai through the lens of previous anime adaptations, but without veering into the more stylized direction of previous shows like 2004’s three-episode Re: Cutie Honey OVA. Not only did that one clock in at a fourth of the length of Universe, but it also had Neon Genesis Evangelion director Hideaki Anno at the helm, airing just two months after Anno’s own live-action film adaptation. 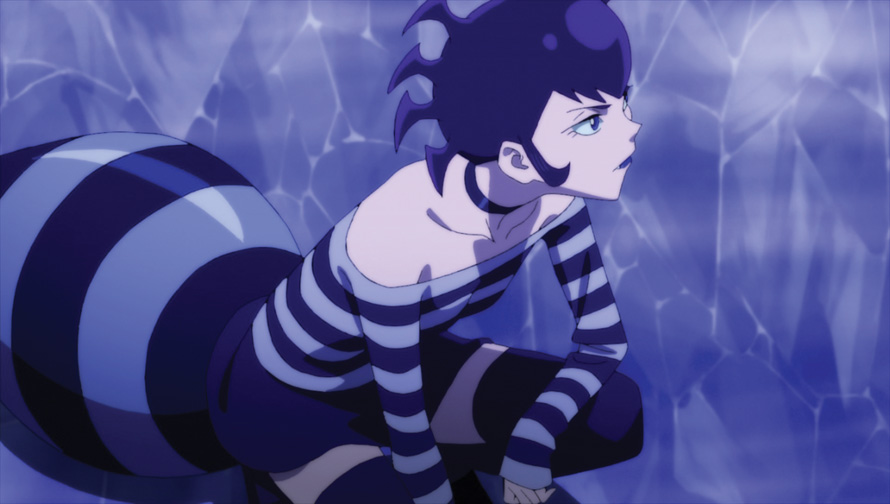 It’s that aforementioned spirit that matters, especially when it comes to something that’s simultaneously puerile and pure. Cutie Honey falls into the former category thanks to its dalliances with lecherous old men tropes, desperate attacks that leave Honey wearing literally nothing more than a few strips of 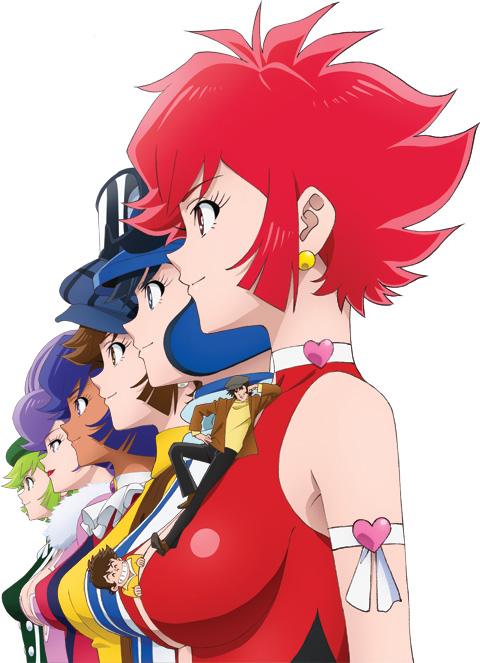 cloth, and friends who find themselves being whipped by their superiors one moment and tickled into a fit of gasping laughter by Honey herself the next. Its purity, then, lies in every other moment. Cutie Honey Universe exists outside of time—in a plane upon which villains of the week deploy absurd traps, and victory lies just within reach as long as you and your friends all have full hearts and steely-eyed determination.

The penultimate episode of Cutie Honey Universe is titled “You Will Be Mine to the Bitter End,” and that’s about how long I expect Cutie Honey to continue being as purely Cutie Honey as humanly possible. As long as there’s a Panther Claw threat on the horizon, this hopefully won’t be the last we see of this heroine and her timeless transformations.

Cutie Honey Universe is currently available to stream on HIDIVE.

For a second opinion, check out Brittany Vincent’s feature on Cutie Honey Universe.