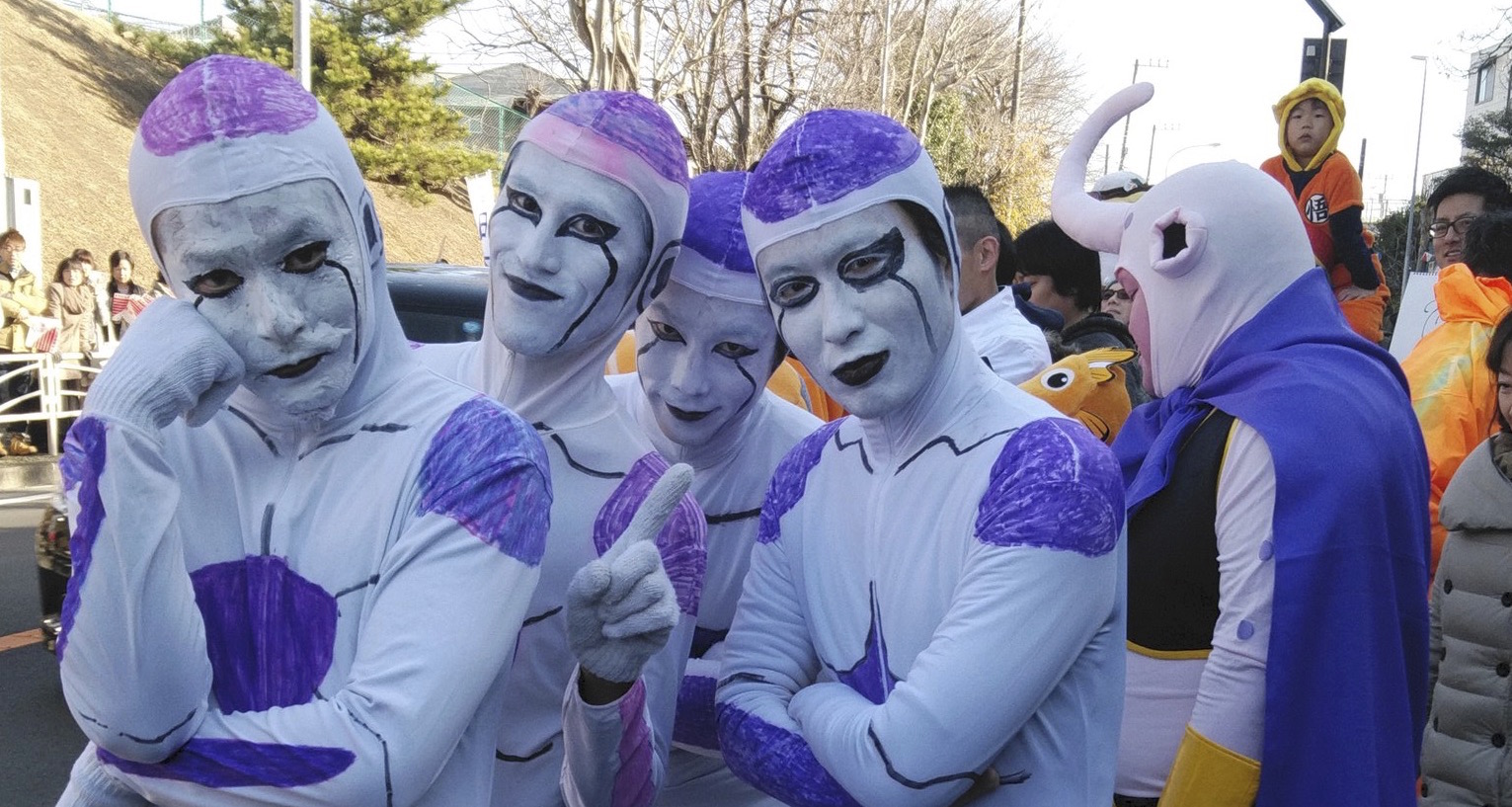 Normally, seeing Frieza from Dragon Ball Z multiply and venture into our reality would be cause for alarm. In a certain context, however, it’s a sign of good fortune, particularly when the Frieza cosplayers in question are on hand to cheer on the runners of the Hakone Ekiden marathon.

The 2020 edition of the marathon kicked off on Wednesday, January 1 and ended on Friday, January 3, taking runners from Ōtemachi to Hakone in a race that’s featured as a telecast on Nippon Television. Naturally, that means it attracts plenty of well-wishers and cheer sections, the most famous of which is the group of Frieza-costumed men known for their enthusiastic dances.

This year saw them dancing along to Japanese children’s song “Paprika.”

If you look closely, you’ll notice others have gotten in on the fun, including a strange spin on Frieza’s outfit and a Majin Buu.

Here they are doing the can-can:

Japanese commenters noted how impressed they were that they take the time to travel there in costume and cheer on all the runners every year. We’re impressed, too!