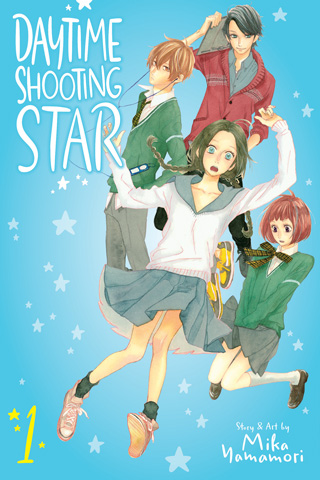 Suzume lives in a rural community and likes to cut class and stare up at the sky. When she was younger and got lost, a star helped her find her way back home. Since then, she’s been obsessed with stars.

She’s surprised to learn that her dad is moving to Bangladesh for business, and even more surprised to learn her parents are shipping her off to live with her uncle in Tokyo. In Tokyo she gets lost trying to find her uncle and faints. A nearby man helps her, and it turns out this man is friends with her uncle. But that’s not the only coincidence. When Suzume goes to her new school, it turns out this man is her handsome, 24-year-old homeroom teacher. That’s just the beginning of an emotional journey in the first volume of Mika Yamamori’s Daytime Shooting Star manga.

He’s popular with students, and Suzume starts getting feelings for him herself. At the same time, she starts getting feelings for one of her classmates, Mamura. But Mamura is standoffish and shuns her. She knows a relationship with her homeroom teacher would be forbidden, but then her uncle finds schoolwork she’s failed and decides she needs a tutor. Who else could it be? Now her homeroom teacher is in her house, tutoring her. Just the two of them alone.

Most of the manga feels pretty mellow and laid-back. There’s another girl who’s mean to Suzume, though Suzume doesn’t let it get her down too much. (Still, she doesn’t like being treated like a country bumpkin.) She also seems pretty okay with being left behind while her parents go off. Things really start getting more emotional and passionate when her teacher begins tutoring her, though he doesn’t try anything and it’s just Suzume’s emotions that are overtaking her. The shojo manga series has been quite successful in Japan, and a live-action movie based on it was released two years ago. 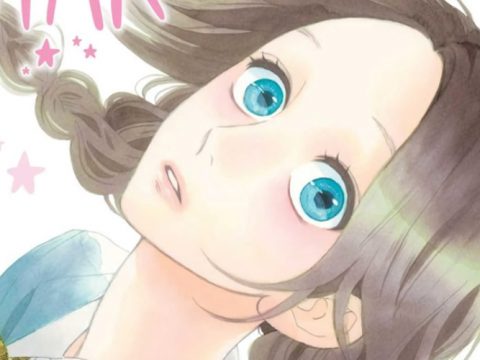