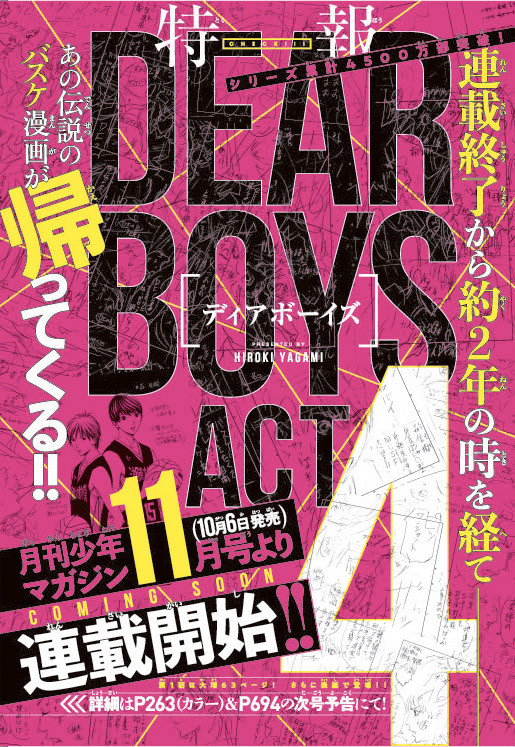 Long before Kuroko’s Basketball (and heck, even a year before Slam Dunk) there was Dear Boys, the oddly-named but super-popular basketball manga by Hiroki Yagami.

Yagami has basically devoted his entire career to Dear Boys: the manga debuted in Shonen Magazine back in 1989 and has appeared with very few breaks since.

Now it’s been announced that Yagami will return again with a sixth Dear Boys arc, set to hit the magazine in October.

The fifth and most recent arc, Dear Boys Over Time, ran from February 2016 to January 2017.

Yagami won the Kodansha Manga Award in 2007 for Dear Boys Act II. A 26-episode anime adaptation of the manga was created in 2003. Here’s how Crunchyroll describes it:

Aikawa Kazuhiko, an easy-going and smiling transfer student, tries to rebuild an ailing Mizuho High School basketball club back to its lost fame.