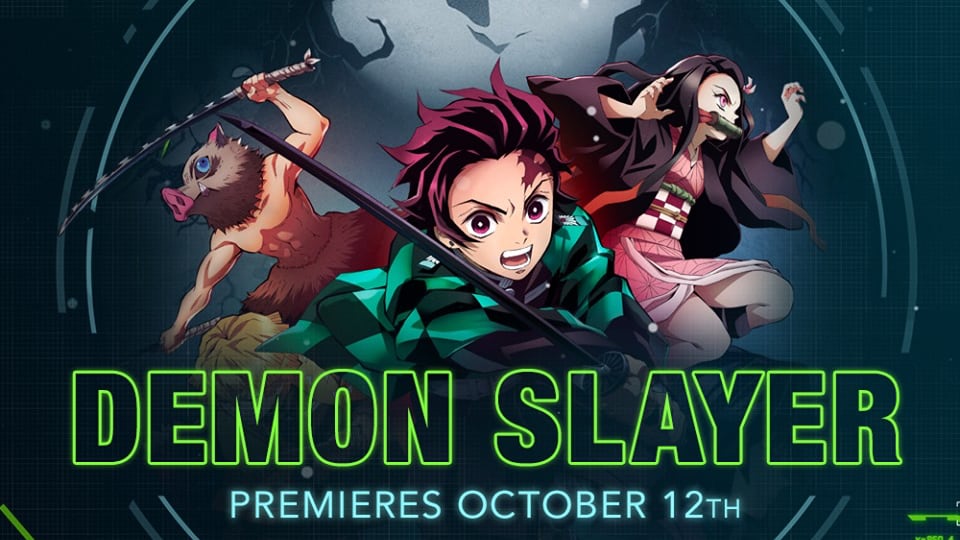 When One-Punch Man hits Toonami October 12, it won’t be alone.

Joining Saitama on the airwaves will be hit series Demon Slayer: Kimetsu no Yaiba, complete with English dub.

The popular series, directed by Haruo Sotozaki at Ufotable, has been airing in Japan since April. It’s based on the manga by Koyoharu Gotouge, and is scheduled to have 26 episodes.

Here’s how the official site describes it:

It is the Taisho Period in Japan. Tanjiro, a kindhearted boy who sells charcoal for a living, finds his family slaughtered by a demon. To make matters worse, his younger sister Nezuko, the sole survivor, has been transformed into a demon herself. Though devastated by this grim reality, Tanjiro resolves to become a “demon slayer” so that he can turn his sister back into a human, and kill the demon that massacred his family.

Step beyond humanity, and cross into the realm of demons. Toonami is proud to announce that Demon Slayer will premiere on October 12th!