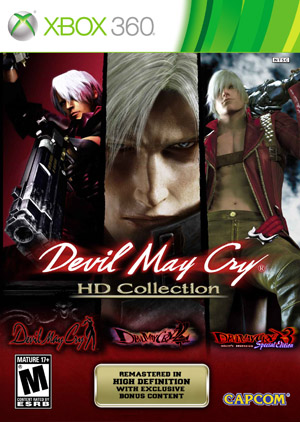 Most reviews of Capcom’s Devil May Cry HD Collection should read pretty similarly. Devil May Cry and Devil May Cry 3 get the majority of the coverage while the borderline putrid Devil May Cry 2 gets swept under the rug. It’s the big, blood-drenched elephant in the room that no one is interested in talking about, but there is some merit in discussing its many flaws. As bad as it is, Devil May Cry 2 is a handy mirror that serves to reflect how much fun the rest of the trilogy is, and why the original was, at the time, considered a new brand of action.

From the very start, DMC2 is a handy lesson in poor game design. This is what happens when you remove the original team, led by Devil May Cry director Hideki Kamiya, and run the name into the ground with an inferior product. If you want a glimpse of what DMC2 could have been (sans Dante), look no further than Bayonetta, because a lot of the team’s unused ideas were injected into that 2009 action monsterpiece. Instead, Capcom left its blossoming action franchise to potentially die with a whimper thanks to uninspired stages, toothless enemies, drab artwork, and an absolute lack of challenge.

Compare and contrast the initial enemy encounters of Devil May Cry and its sequel. DMC starts the action off with a wicked assortment of multi-colored marionettes. They have a variety of moves, from hacking away with their blades to blasting off firearms, and while they’re not extremely difficult, they can put up a fight, and it is possible to die when engaging a large group of them. On the other hand, DMC2‘s first foes are metallic husks that merely clank about, occasionally tossing discs. Easy fodder for a highly maneuverable Dante who can run along walls and swap weapons on the fly. 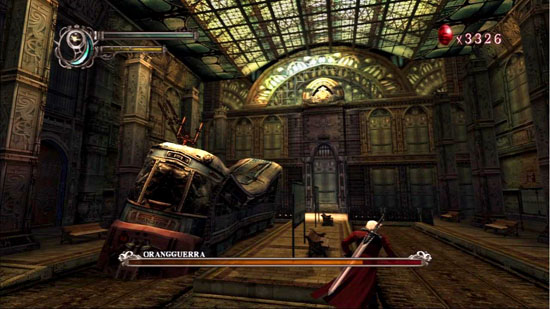 There’s more challenge in the first few stages of Devil May Cry than the entirety of DMC2. It takes more effort to get hit during boss fights than it does to avoid them. The general strategy of what should be the highlight of the action is as follows: get some distance from the boss in question and fire away until their health bar whittles down to nothing. Some might say implementing that strategy is part of the problem—though I doubt anyone is dying to defend DMC2—but there’s just no point in evading, or even engaging bosses in any meaningful way. There’s one boss about halfway through that attacks with a ring of fire and a quick shoulder charge. Keep your distance, however, and it’ll just hang out on the other end of the rooftop doing its ring of fire in an endlessly masturbatory loop. It’s kind of funny, and kind of sad; a brainless metaphor for the rest of the game.

The only bosses that really attempt to go on the offensive are arguably the first and last, though they’ll strike no fear in the hearts of players, and the last boss only goes into attack mode for its second form. Its first, no joke, is a pulsating blob that’s kind of like a stew of various creatures, just as the game itself is kind of like a stew of poorly implemented ideas. Circle around it and empty countless bullets into each one and you’re done. The bridge from the first to last boss is one constructed of stock villages and tunnels and industrial areas. I have a feeling playing through DMC2 twice in my life will go down as a major regret, but I do it all for you! 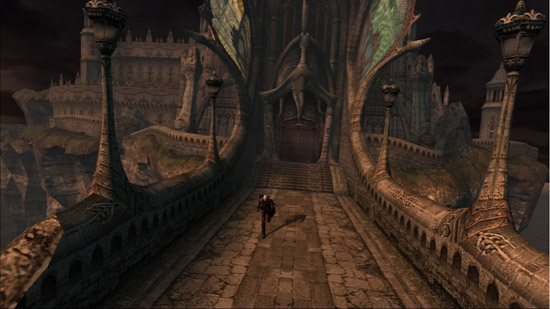 Since I decided to trudge through DMC2 first, going back to the first afterward was a revelation. Visually, there’s no comparison, and one could easily mix up which one came first on art design alone. There’s an imposing gothic atmosphere throughout all of Devil May Cry; an aesthetic that’s all but completely missing from its followup. In fact, my only complaint about the first game is its sound. The majority of the music is terrible, and the sound effects—like the odd JINGLE-CLANG of picking up an item—are grating for the most part. It’s kind of funny to see how dated some of the little things are now, like the menus, and the way an FMV-style gun will cock and fire when you choose a different weapon from Dante’s ever-growing arsenal.

Devil May Cry 3: Dante’s Awakening thankfully made up for this regrettable affair, and the version included in the HD Collection is the improved Special Edition. While I may not have enjoyed my return visit to DMC2, the HD Collection itself is a great package for those who want an affordable, spruced-up bundle of two fantastic, challenging action games (and one glaring dud). Capcom could have just put the first and third games together, pretending the second never happened, but sometimes we need to confront monstrosities like this to remind us what makes a well designed game so special.