Ah, doujinshi. Novels, manga, video games, custom tabletop RPG modules, music… amateurs and professionals create massive amounts of work, both original and fan based. And while you can buy them mail-order from the artist or at a consignment shop like Toranoana or Mandarake, the real action is at events!

Some events are small affairs, just a few tables, while others like the Comic Market bring in tens or hundreds of thousands. Massive numbers of these events are held very frequently, mostly around and . Most are small, dedicated to specific series and even particular characters and/or pairings within that series.

For your entertainment, I’ve checked a couple event listings to compile what’s happening this weekend over in . This list only contains doujin events – there are quite a few events dedicated totally to cosplay, but I haven’t really included them here.

This day is pretty empty, consisting only of about seven different cosplay events including Cos-Mix and Cosmel.

Sunday before last was pretty busy, especially given the presence of a event, which is a very large and popular event franchise. This Sunday is not quite so packed, and lacking in representation for some of the major fandoms, especially many of the Weekly Shonen Jump titles that dominate the fandom, but the schedule is fairly respectable.

Hoshikatari ep. 8 (Star Talk) – Homegrown Japanese series aren’t the only ones that get dedicated events. This is a Star Wars only doujin event, with cosplay allowed. (, ). Website – http://ketto.com/sw/

Kokodake no Futari 2 (Just the Two of Us 2) – This event is dedicated to the recent phenomenal baseball series Ookiku Furikabutte, licensed recently by FUNimation as Big Windup, specifically to the Abe x Mihashi battery pairing. Originally scheduled for June 29 at the , it was rescheduled for this day at (). Cosplay is prohibited. Website – http://www.kokofuri.com/

Battery Jyuudenchuu ( Charging) – Another Big Windup event, this time dedicated to Abe Takaya as uke only. Cosplay is prohibited, but there will be bingo. () Website – http://1844cm.is-mine.net/

Good Luck!! – Katekyo Hitman REBORN! is one of the top fandoms at the moment, especially on the yaoi side, and it gets another event this weekend. This is a “10 years later” event. Cosplay is allowed with pre-registration and a lottery will be held. (, ) Website – http://www.ahs-news.net/rebo10/

Explosion – The nice thing about all these small events is that even if your fandom isn’t one of the massive ones, you can still have a few get-togethers. DARKER THAN BLACK isn’t one I can recall seeing many events for, but this one is solely dedicated to it. Cosplay is allowed with pre-registration. () Website – http://tokyo-ex.net/

BLUE HORIZON – Pleasantly, the recent anime adaptation of classic 70s science fiction manga Toward the Terra has gained a robust doujin following, including dedicated events like this one. Cosplay is permitted with pre-registration. () Website – http://www.youyou.co.jp/only/terra/

Seishun Parade ~Ooini Moriagarinasai! 2~ (Youth Parade ~Get Super Excited! 2~) – The Melancholy of Haruhi Suzumiya continues as a major force in doujin fandom with this event, also coordinated by Studio You. Cosplay is permitted with pre-registration. This event and BLUE HORIZON actually occur in the same place during the same hours. (Osaka) Website – http://www.youyou.co.jp/only/haruhi/

Togashi Only – Rather than a single series or all genre, this event is dedicated to works by Yoshihiro Togashi, creator of Yu Yu Hakusho and Hunter x Hunter. Cosplay allowed, and there will also be bingo. (Osaka) Website – http://homepage2.nifty.com/pu-suke/

VISION EXPO ~Ai * Mitsuru-haku~ (Love * Mitsuru Expo) – This event is dedicated to the light novel/manga/anime/video game franchise Brave Story, both for doujin sales and as a birthday party for character Ashikawa Mitsuru. Cosplay is allowed, and there will be bingo along with other activities. (Tokyo) Website – http://v-expo.sunnyday.jp/

Kyoukoukingen Mizuaoi (Very Truly Yours, the Mizuaoi) – This event is dedicated to the action video game Sengoku BASARA, localized for the United States as Devil Kings. Though I’m not sure of its popularity over here, Sengoku BASARA along with the various Musou games (Dynasty Warriors, Samurai Warriors) are gigantic in Japan, spawning plenty of events and mountains of doujinshi. Cosplay is prohibited. (Sendai, Miyagi Prefecture) Website – http://www.youyou.co.jp/only/1059/sendai//

Zettai Ryouiki 5 (Absolute Field 5) – Sometimes events aren’t dedicated to shows, characters or authors. Sometimes they’re dedicated to other things, like non-anime/manga/game hobbies or fetishes. This event is dedicated to knee socks. Otaku random fact of the day, the name of the event refers to the area of a girl’s thighs that shows between the top of her knee socks and the bottom edge of her skirt. No, I don’t really know why they needed a term for that. Sometimes boys are silly. Though I suppose it’s less strange than weekend before last’s Comic City sub-event dedicated to anthropomorphized trains. (Osaka) Website – http://www.a-field.net/

Comic World in Yamanashi 77 – This is a general event, not focused on any particular fandom. Cosplay is allowed. (Yamanashi City, Yamanashi Prefecture) Website – http://www.deleter.jp/comicworld/

Gataket 99 (Niigata Comic Market 99) – The Gataket franchise is a general doujin event, started up in 1983, which has recently been bringing in crowds as large as 10,000 people. Unlike some other large general events, cosplay is permitted. The regular Comitia event is also headed by the same organization. (Niigata City, Niigata Prefecture) Website – http://gataket.com/

Shizuoka Comic Live 141 – Another general event, run by Studio You who also sponsors a large number of events including the Kyoukoukingen franchise as well as the Joy Park and BLUE HORIZON events listed here. (Shizuoka City, Shizuoka Prefecture)

Kachoufuugetsu 79 (Beauties of Nature 79) – This is a general event themed for summer. Cosplay is permitted, and painting supplies will be sold. (Matsue Shimane Prefecture) Website – http://www.kacho.ne.jp/kacho/

If you’re interested in keeping up with doujin events, there are a couple of sites dedicated to listing the full schedule. Ketto.com (http://ketto.com/) is the most comprehensive resource, with events still listed back to 2000-sadly everything prior to that has been removed-but it’s Japanese only. Some very kind individuals have started Akihabara Channel (http://www.akiba-ch.com/convention.php), which gives much of the same listing in English (or at least Romanized Japanese), but it’s limited to only Tokyo and Osaka events and sometimes things on Ketto don’t show up there. Both sites will always supply links to the web site for the individual event, which will have a listing of all circles/artists scheduled to attend, but these are Japanese only so English readers will have to rely on automated online translation. 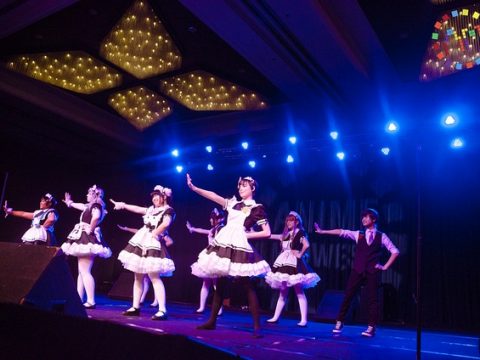 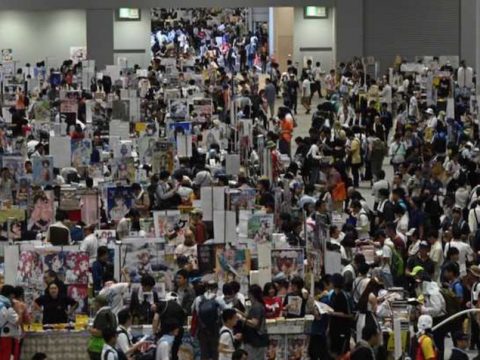 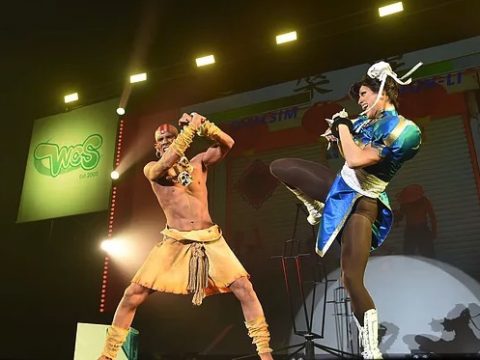 World Cosplay Summit 2019 to Be Held in Nagoya this July 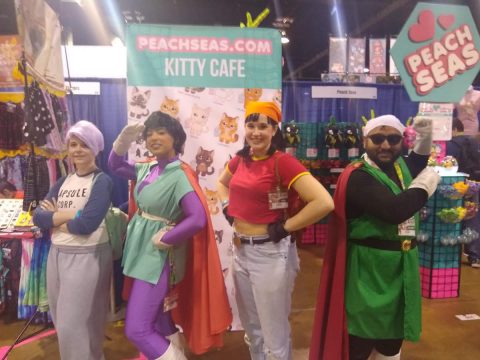 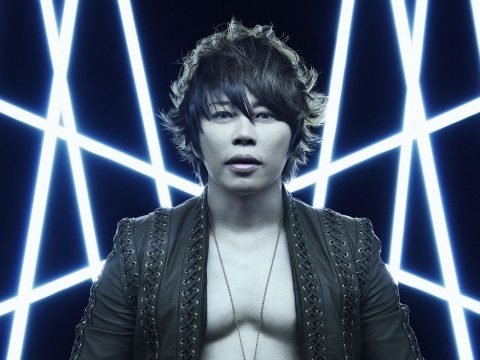 The Many Faces of Yamada Yoshihiro
Yoshiaki Kawajiri: One Trick Pony