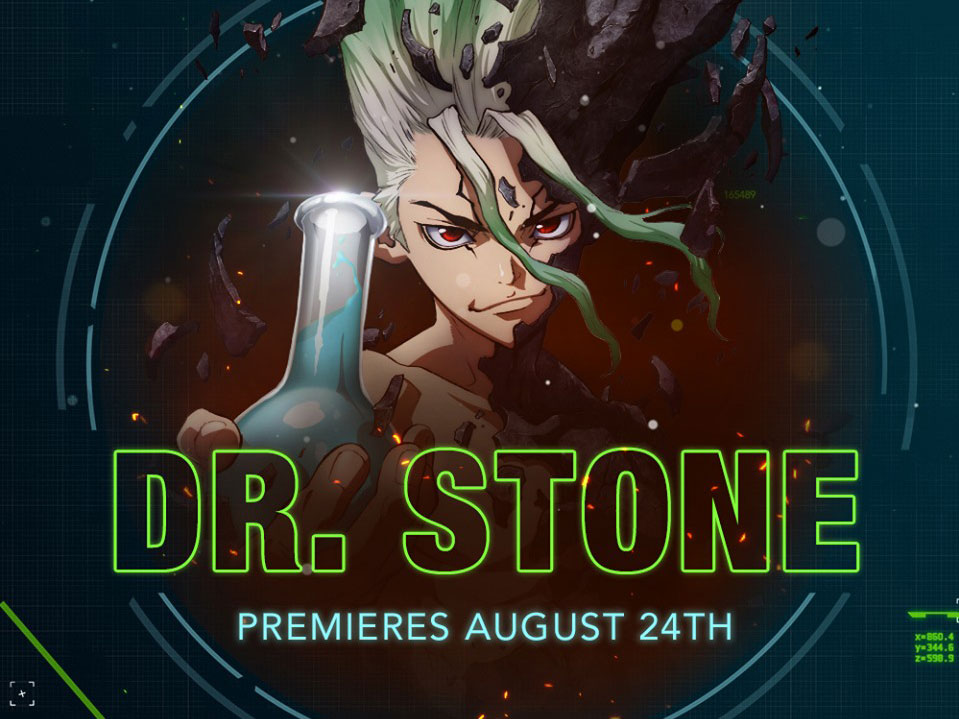 Or he will be soon, anyway. Dr. Stone, the currently-running anime based on the Shonen Jump manga by Riichiro Inagaki and Boichi, is set to hit Toonami August 24.

Well, August 25, if we want to get technical, since the series airs at exactly midnight eastern time.

Several thousand years after a mysterious phenomenon that turns all of humanity to stone, the extraordinarily intelligent, science-driven boy, Senku Ishigami, awakens. Facing a world of stone and the total collapse of civilization, Senku makes up his mind to use science to rebuild the world. Starting with his super strong childhood friend Taiju Oki, who awakened at the same time, they will begin to rebuild civilization from nothing… Depicting two million years of scientific history from the Stone Age to present day, the unprecedented crafting adventure story is about to begin!