Durarara!! Mixes It Up with Games 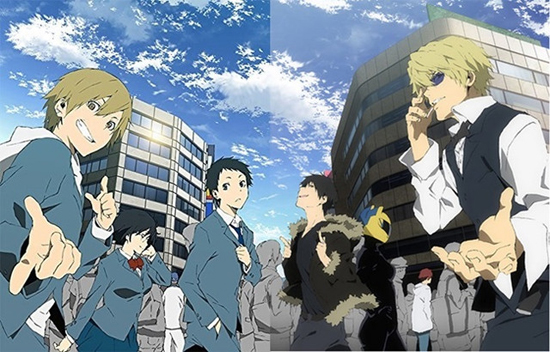 Most people know Durarara!! from its anime incarnation, which adapts the light novel series written by Ryohgo Narita and illustrated by Suzuhito Yasuda. The anime returned recently, giving us the perfect opportunity to feature it in the latest issue of Otaku USA magazine. Beyond the world of anime, manga, and light novels, though, Durarara!! has enjoyed a turn or two with video games, both in the full spotlight and as collaborations with other titles. Only a small slice of it is of much use to folks without extensive Japanese knowledge, but hopefully that will change in the not-too-distant future. 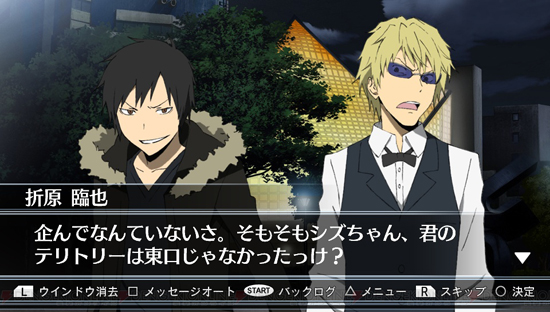 The latest game arrived on PS Vita, as well, making its debut in Japan on January 29. Durarara!! Relay is another adventure game, and features an original story set in Ikebukuro during the winter. Players are able to switch between characters during each chapter, providing an opportunity for different perspectives. If you’re familiar with visual novels and adventure games you have a pretty good idea of how these work. Here’s a promotional video released late last year that shows off a few different aspects of Relay:

Beyond this, fans in the WEST will at least get a chance at some interactive Durarara!! action in the crossover fighting game Dengeki Bunko Fighting Climax. Earlier this year Sega announced plans to bring the fighter to PlayStation 3 and PS Vita in North America and Europe this summer, with digital and retail versions planned. Among the playable characters are Durarara!!‘s Izaya Orihara, voiced by Hiroshi Kamiya, so get ready to learn some moves when that arrives soonish.

Durarara!! is no stranger to game collaborations, especially in the past six months or so. Last October saw a crossover between Durarara!! x2 and iOS/Android RPG Divine Gate, which has mixed it up with the likes of Fairy Tail, Fate/stay night, Steins;Gate, and more. The series’ characters also made their way into Atlus’ Shin Megami Tensei: Devil Survivor 2 Record Breaker, the enhanced Nintendo 3DS remake that’s coming to North America on May 5.

Here’s a quick look at that one from a January promo:

The powerful Durarara!! characters were made available via SpotPass; hopefully that means we’ll get the same opportunity when the RPG arrives stateside. And who knows, if Durarara!!‘s popularity continues for another decade, maybe we’ll get even more chances to dive into its world outside of Japan-only visual novels. 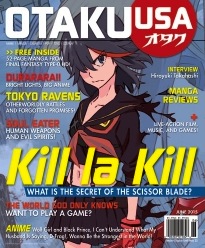 Read the Durarara!! ​feature in the pages of the latest Otaku USA Magazine, on sale now. For more great anime features, pick up the June 2015 issue of Otaku USA at your local bookstore, order it from our online store, or subscribe to get every issue!
Anime 6147Bonus Content 235Durarara!! 9Features 804Games 1089durarara!! x2 1 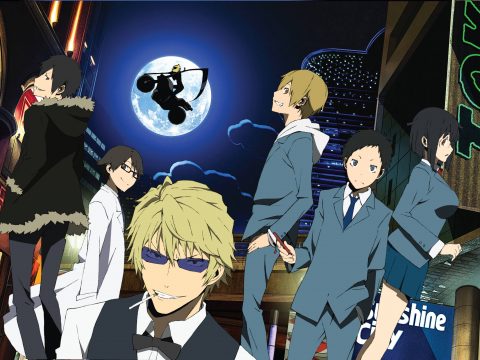 Durarara!! Stage Play Shows Off Its Cast Members in Costume