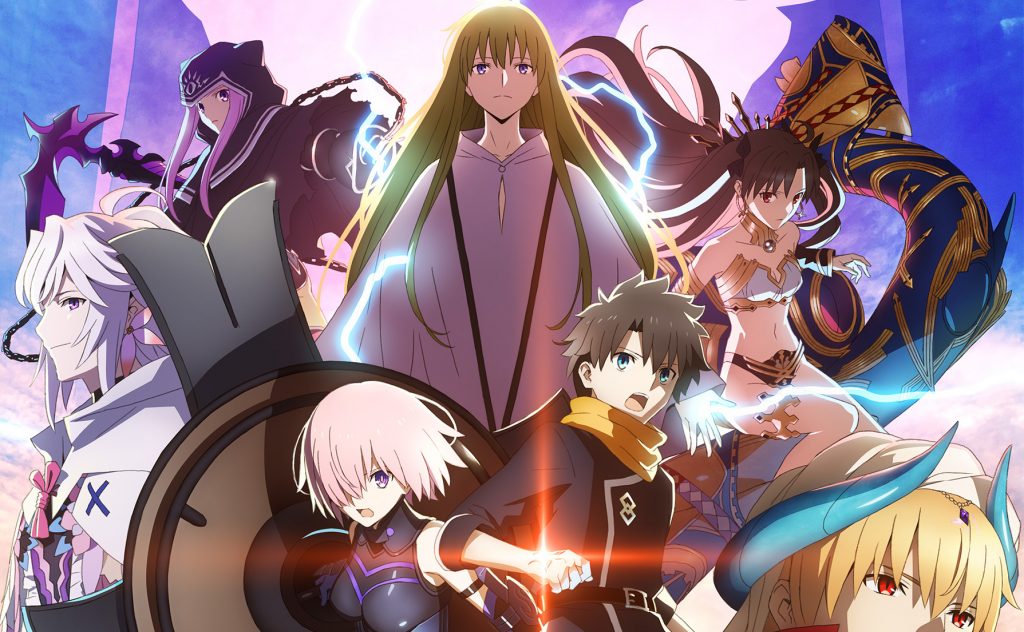 That series starts airing October 5. Aoi’s song, “Hoshi ga furu Yume” (“Dream of a Falling Star”) is previewed in a new 30-second teaser for the series.

The first three episodes will also get a preview screening in Little Tokyo, Los Angeles September 29 courtesy Aniplex of America.

A.D. 2017 The last era in which Magecraft still existed.

Society was created by human hands, but Mages grasped the truth of the world. Magecraft is comprised of techniques from past humans that cannot be explained by science, while science encompasses the techniques of future humans that Magecraft cannot achieve. Researchers and scholars of both Magecraft and science have been gathered to maintain human civilization under the Chaldea Security Organization.

But calculations then proved the extinction of humanity in 2019. The cause of this is “realms that cannot be observed” that suddenly appeared in various eras of history, called “Singularities.”