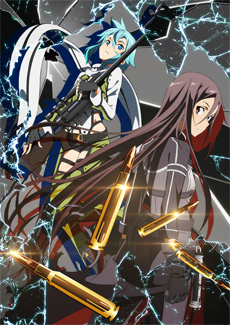 Not particularly surprising news for those tracking the popularity of Sword Art Online in the west (a lot of you guys find us by searching for it!), but welcome news nonetheless: the second season of the massive multiplayer game-based series will be streamed on these very internets.

That’s courtesy Aniplex, who plan to host premiere events not only in the U.S., but also France, Germany, Hong Kong, Taiwan, Korea and, of course, Japan.

Eir Aoi, who did the theme song “Innocence” for the first season of Sword Art Online (and the opening “Sirius” for Kill la Kill) will again lend her voice to the world of SAO for the new opening theme.

In the lead up to the premiere, Aniplex are hosting something they’re calling the “Sword Art Online Awards” on their website. It’s a series of votes to determine the best episode, best character, etc. from the first series. The first category, open from today, is “best episode,” with more categories to follow.