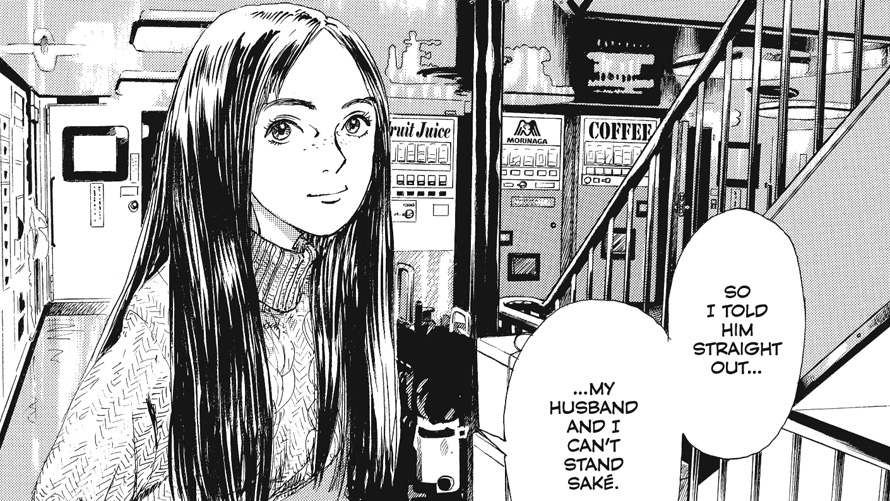 Japan, 1967. Heading home from school, a lonely college student takes a 17-hour ferry ride to Kyushu, reading a science fiction paperback along the way. On the crowded ferryboat, he ends up seated next to “this hippie chick,” long haired and lovely, who sees his book and introduces herself as Emanon (“no name” backward). Soon they’re drinking a beer together in the ferryboat diner, when Emanon starts talking about events from the distant past like they happened yesterday. “My body’s 17, but my mind is about three billion years old,” she claims. “From the first time life emerged on earth, I remember everything.” Reborn in body after body, Emanon has the memories of all her ancestors, going back before humanity to the first bacteria in the primal soup. Is it all a joke played on a gullible daydreamer, or is she the memory of life itself?

Beautiful artwork, philosophical sci-fi discussions, and atmospheric wordless sequences make up this tale of life as ferryboat ride. Kenji Tsuruta loves retro science fiction and wistful nostalgia: even the titles of his manga (Wandering Island, Spirit of Wonder) suggest a sort of sweet, fantastical longing. Based on a series of short stories by SF writer Shinji Kajio, Emanon mixes all this with the idea of the immortal wanderer, a lonely witness to the theater of humanity. (“I’m fed up with the weight of all these memories!”) To the lovestruck narrator, she’s also a fantasy dream girl, and the book opens with images of the naked Emanon rising from a bubble in the sea. But the mood is less sexual or romantic than it is mono no aware, a sense of the impermanence of things, of looking back on the wonder and mystery of life (and youth, from the perspective of an aging manga artist). 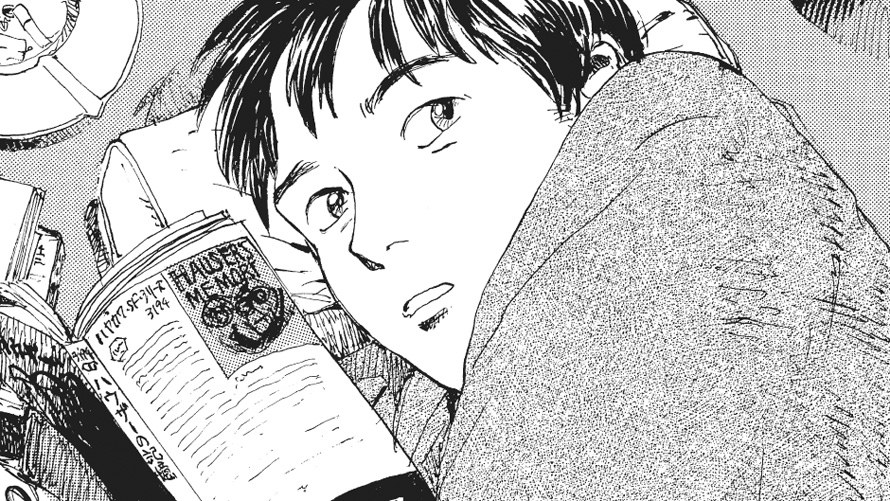 The first volume is a stand-alone story but serves as lead-in to future volumes about Emanon wandering 1960s Japan. Since Volume 1 is so much about the male narrator’s perspective, it’ll be interesting to see how she comes across in other stories opposite other characters. Recommended.