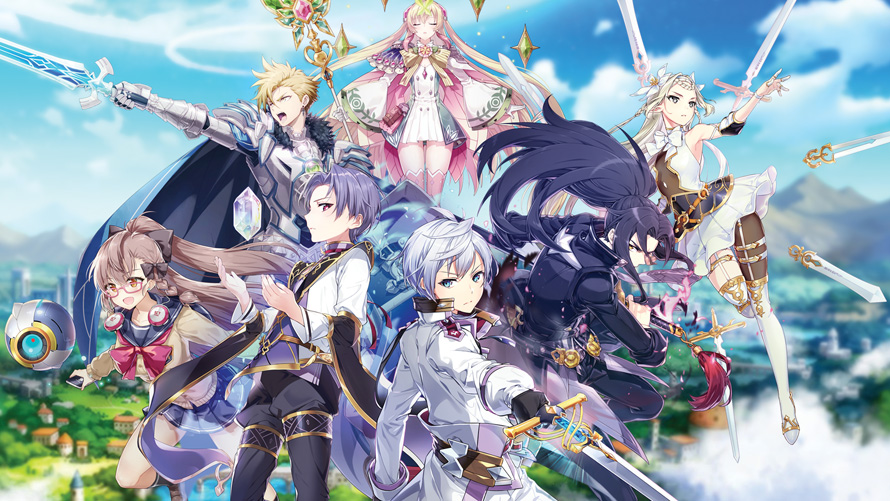 At this point, anime-style games are pretty much a dime a dozen on mobile devices. You’ll find most of them to be some form of role-playing game with a gacha mechanic that has you plunking in as much time (and potentially money) as possible to get your Best Boy or Best Girl locked down as part of your team. While some of the usual components are certainly present in Epic Seven, there’s an interesting side-scrolling RPG lying just beneath its high-gloss skin.

Like many of its contemporaries, Epic Seven starts off with a bang. Players are thrown right into the action and quickly learn the ropes through instant turn-based battles. It plays out on a two-dimensional plane, more like the recent indie game Indivisible than your average classic Final Fantasy entry, and it’s easy and intuitive to pull off attacks and special moves. 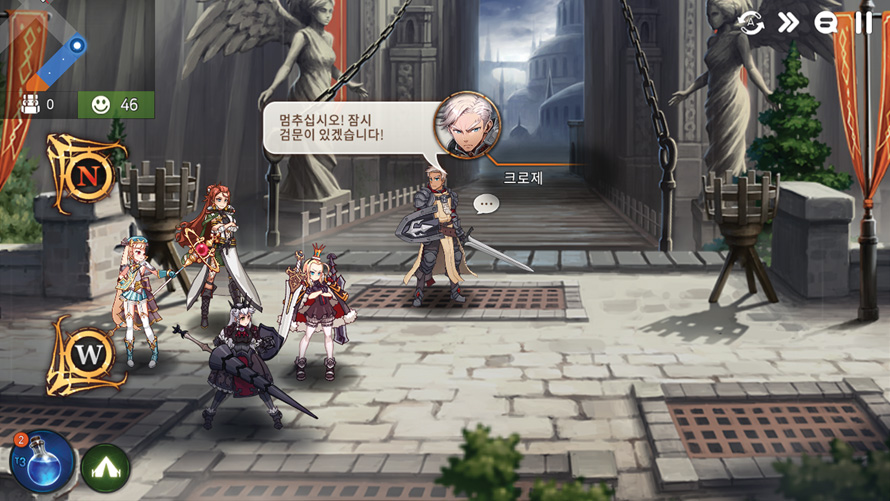 The story kicks in shortly after, inviting players into the 7th World in an effort to put an end to a ceaseless cycle of destruction. Thanks to the nature of the genre, this immediately entails the introduction of plenty of attractively designed characters, which is perfect for anyone who finds themselves hooked on gacha mechanics. Judging from the community that’s deep in this one, the drop rates aren’t exactly the highest at the time of this writing, but that can always change in future updates.

For those who care about more than gacha mechanics, it’s difficult to understate how much of an impact the overall aesthetic has on the experience. Epic Seven bills itself as “the playable animation,” and as far as phone and tablet games are concerned that’s not a bad way to sell it. Even on a relatively small phone screen, the graphics are clear and colorful, and the animations that go along with battle are fluid, with satisfying visual effects.

There are plenty of ways to earn rewards throughout your time with Epic Seven, from the Raid Labyrinth to the PvP Arena and the three-on-three battles of Guild Wars. I was personally more interested in making my way through the solo campaign, but it’s nice to have the option of testing your mettle against other players and attempting to flex as the strongest Guild in the game. It all ultimately plays back into further incentive to roll the dice with the gacha system, but it’s not the only way to engage with what Smilegate Megaport has cooked up here.

If you’ve already written off mobile device games like this, there isn’t a ton in Epic Seven that will pull you back into the fold. With that said, it’s always worth giving games like this a shot. It’s a free download, and unless you actually feel like investing your own money to enhance your Guild you can get by with casual play for as long as you’d like. For my money, I just like the way Epic Seven plays more than most of the other anime-style RPGs I’ve played on my phone, so it will probably continue to be something I chip away at whenever I’m trying to kill some time.