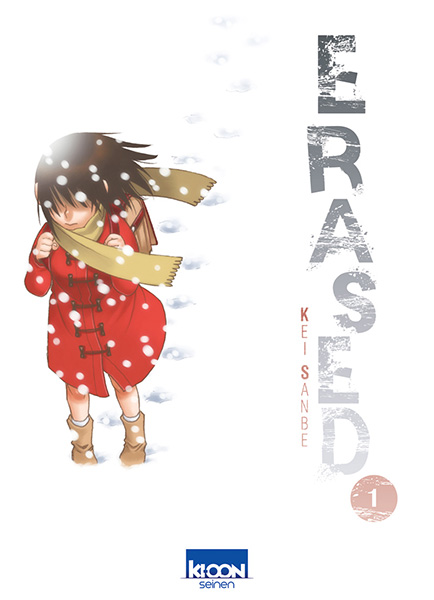 At 29, Fujinuma hardly feels like an adult: he still struggles to find work as a manga artist while making a living as a pizza delivery boy. Afraid that he’ll never be a success, he gets some support and happiness from the women in his life: Katagiri, his friendly teenage coworker, and his hot, chain-smoking mom, who invites herself over to his apartment to fix him a decent meal and encourage him. “Invite somebody over for dinner. Like your girlfriend! There must be a girl you like.” When editors tell him his manga lacks character, Fujinuma broods in artistic doubts: “I’m afraid of digging deeper into myself. I’m afraid my worst fears will be confirmed … that I’m shallow … that there’s nothing to me.”

But Fujinuma also has a power. The supernatural ability he calls “Revival” lets him go back in time a few minutes, although he can’t control when or why it happens, beyond knowing that it usually happens when he has the opportunity to prevent something bad. After he ends up in the hospital using “Revival” to save a boy from a traffic accident, Fujinuma starts dreaming about his childhood in 1988, when his small-town life was upset by a series of terrifying child murders.

And then strange things start happening in the present day … has the serial killer from the past returned? It’s all very subdued and cerebral and almost slice-of-life until midway through Volume 1 of Yen Press’s omnibus edition, when suddenly everything takes a shocking turn, and Fujinuma finds himself going back in time, not just a few minutes, but all the way to 1988 when he was 10 years old.

Able to relive his past with the knowledge of an adult, can Fujinuma save the murdered children and maybe change his own future as well? Somewhere between The Butterfly Effect and Twin Peaks, Erased may also remind manga fans of Nijigahara Holograph, another story of time travel and small-town secrets. But where Inio Asano’s world is gray and nihilistic, Kei Sanbe’s is more emotional and dramatic, painted in bloody black and white.

Thriller and murder mystery elements mix smoothly with Fujinuma’s emotional quest to relive his life; reexperiencing his childhood, he tries to connect more with others, but alongside nostalgia and friendship (and love?) he finds child abuse and alienation. Attractively drawn and well plotted, with strong story beats, this is an absorbing mystery that defies categorization. Recommended.