Publisher GungHo Online Entertainment’s mobile game Puzzle & Dragons has collaborated with Neon Genesis Evangelion before, but the next pairing between the two is actually coming to the west. Puzzle & Dragons will be mixing in special Evangelion-themed dungeons and more in an upcoming collaboration with the Rebuild of Evangelion film series, and it will make its way to the United States and Europe in March.

The in-game fun kicks off in Japan on February 24, and will pit players against Angels in the aforementioned dungeon. There will also be a special Rare Egg machine shaped like EVA-01, with special egg drops that include Shinji, Rei, Asuka, Mari, and Kaworu, each depicted with the EVA units they pilot, as well as Misato pictured with the AAA Wunder flying battleship. 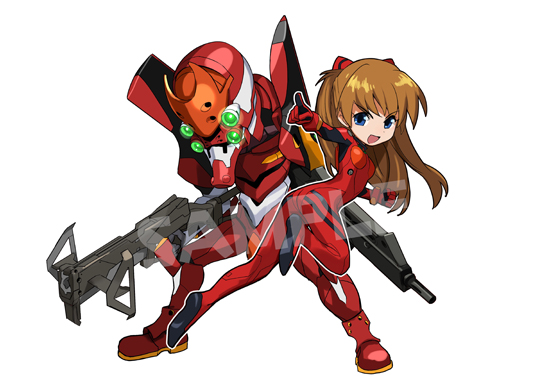 Finally, special Awoken Skills have been added to the collaboration monsters, and all new Evangelion-themed Ultimate Evolutions will be available. If anything, it sounds like a great reason for Evangelion fans to try out Puzzle & Dragons if they haven’t already, and should serve as a nice treat for existing players.