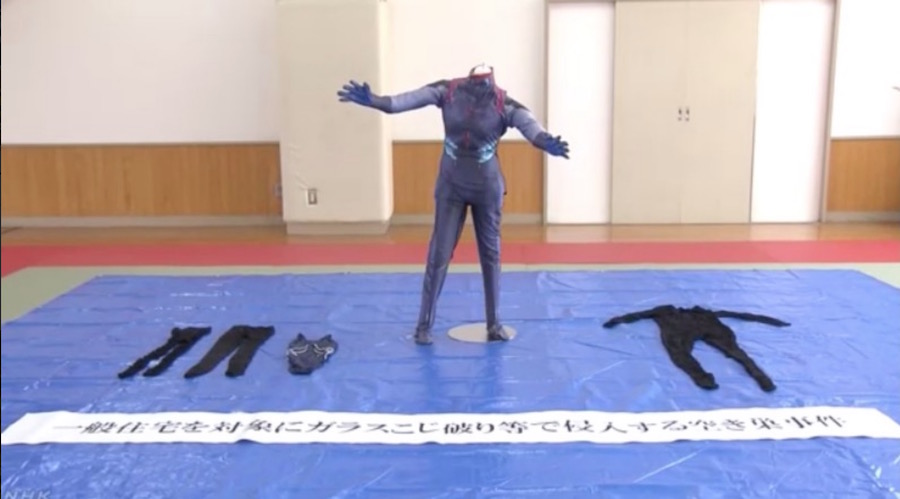 The following story is either a case of haunted cosplay gear or an alleged criminal trying to pass the blame onto Rei Ayanami’s plugsuit. We’re leaning toward the latter in the case of a 37-year-old man who was recently arrested in Fukuoka. The man allegedly committed an act of burglary while sporting Rei Ayanami’s Evangelion 3.0 plugsuit, which certainly makes for a memorable mental image.

The charges against him allege that he broke into a home in Fukuoka’s Iizuka City and stole ¥17,000, which adds up to around $152 USD. He confessed to committing about ten robberies while in cosplay, going so far as to suggest the costumes inspired his alleged acts.

According to an NHK quote, the suspect said, “When cosplaying, I wanted to break in and steal things.”

In addition to the Eva plugsuit he wore during his latest alleged crime, authorities found a Playboy bunny-esque outfit and a Spider-Man costume in his possession at the time of the arrest.