Exploring Manga Romance in The Dorm of Love and Secrets 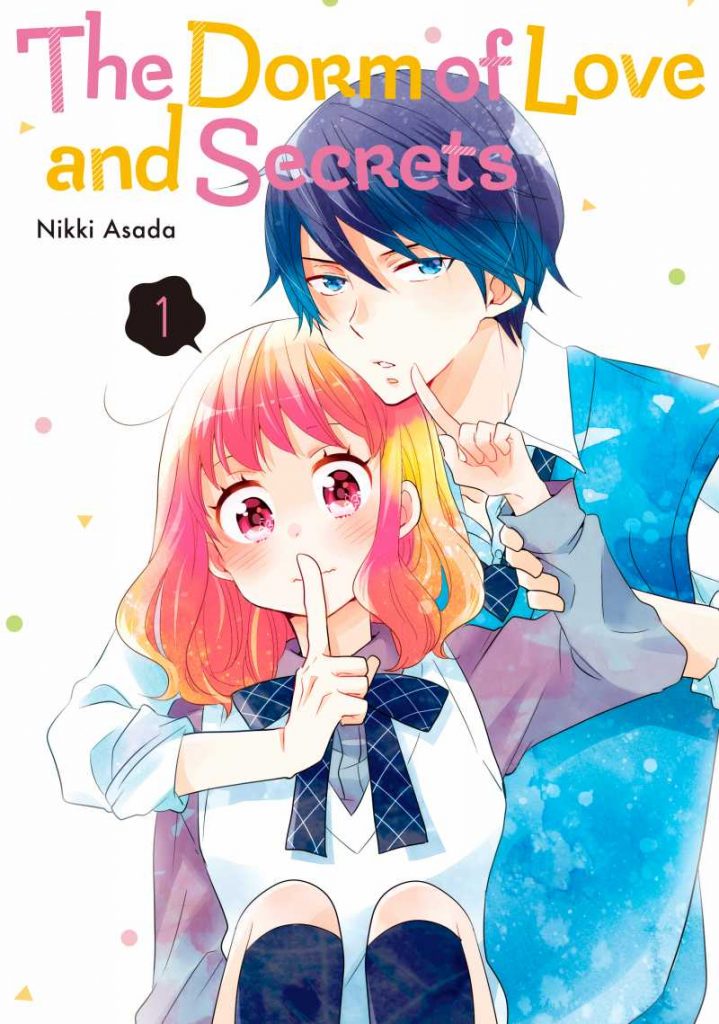 Asahi is one of the dumb kids at her school. The school—and the smart students—look down on people like her. The smart kids even wear a slightly different uniform from the kids deemed dumb, so everyone can know who takes school seriously and who doesn’t.

It’s too bad Asahi has a crush on one of the smart boys, Yokaze. It’s also too bad her dorm building burns down. And too bad that her parents are overseas and her closest relative lives two and a half hours away. And too bad that dorm rooms are expensive.

The solution? Asahi can just stay in the dorm where all the smart students are. She just has to pretend to be one, because if the truth gets out, she won’t be allowed to stay. (Allegedly the students there study so hard that no one would notice an imposter unless the imposter is obvious about it.) Unfortunately, Yokaze knows who she really is. Is her crush going to betray her? She has noticed him sneaking out at night. Is he up to no good?

Luckily for her, it seems he’s not going to blow her cover. In fact, the reason he gives for sneaking out at night is endearing and not troubling, and the two of them begin hanging out more. He even keeps telling her she’s not an idiot, despite what the school says. Things start to blossom between them, but there’s another smart student who knows she’s in the dorm, and it feels unclear if he’s just helpful or if he has ulterior motives. There are also hints that (of course) there’s more going on with Yokaze than what we immediately know.

The Dorm of Love and Secrets is a digital only release from Kodansha. Happy-go-lucky Asahi and brooding Yokaze feel like familiar shojo character types and the manga has the sweet, quick, lightweight feel of a beach read. It might not be staking new ground, but the story flows well, the art is good, and the fanservice for girls (like Yokaze taking his shirt off for Asahi) is there but not overwhelming. So far everything is pretty sugary and innocent, though there are hints it may get a bit darker as more is revealed about characters.

the dorm of love and secrets 1