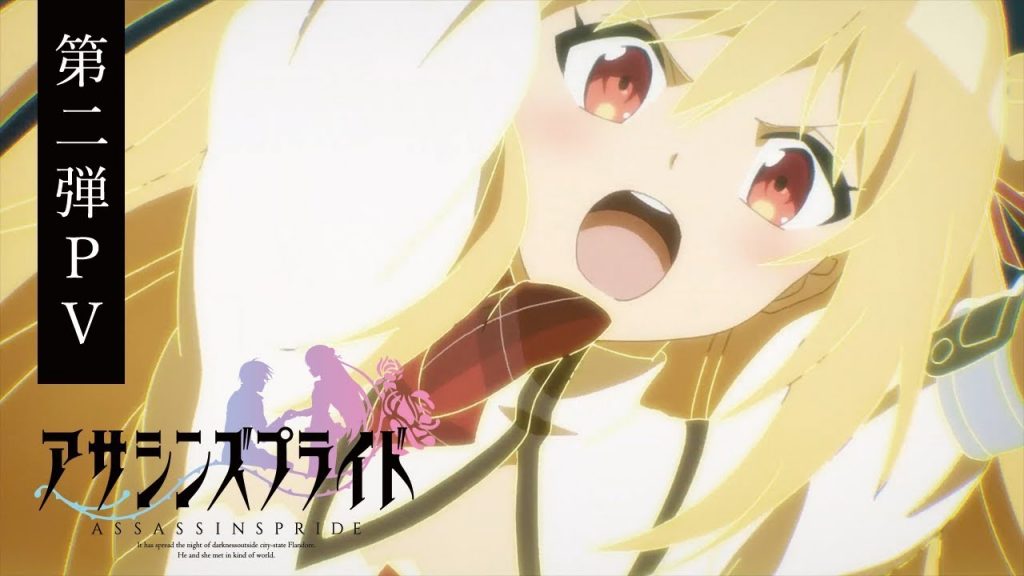 Assassin’s Pride (or Assassins Pride, if you prefer the official and also incorrect spelling), is an upcoming anime series based on the novels by Kei Amagi.

Now we’ve got a look at show in action via a new trailer.

The novels and anime are about Melida Angele, an aristocrat whose job is to use magical powers to defeat monsters, but whose magic isn’t exactly up to snuff. Kufa Vampeel is her tutor—and, if she fails, her potential assassin.

Melida is played by Tomori Kusunoki, while Kufa is played by Yuki Ono. The series is directed by Kazuya Aiura (Miru Tights episode director).

The Assassin’s Pride novels won the Grand-Prix at the 28th Fantasia Taisho contest.