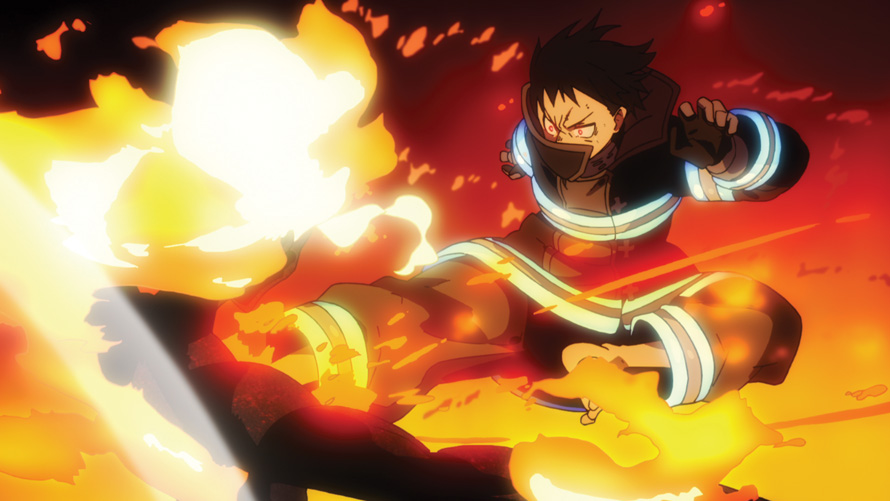 The creator of Soul Eater is back with a new anime series called Fire Force and the results are infernal!

It seems like only yesterday that Soul Eater was all the rage among fans in the US, but the cruel reality is that anime ended 10 years ago, in 2009, with a slightly wonky anime-original ending on account that the manga continued for years afterward. Fortunately, the latest series from author Atsushi Ohkubo needn’t resort to that: Fire Force is so far along in Japan (over 20 volumes) that this initial 24-episode series won’t come close to running out of source material.

Decades ago, certain people for unknown reasons would spontaneously combust, resulting in catastrophic loss of life worldwide. These individuals, classified as “Infernals,” rage out of control, and so it has persisted for years, transforming the world. Now, in the future year 198 of the Solar Era, second- and now third-generation victims of spontaneous combustion have instead gained mastery over various manipulations or creations of flames, respectively. Worship of the sun as God using visual iconography reminiscent of catholicism is now the norm, and the Holy Sol Temple of Tokyo has joined forces with the military and fire department to create the Special Fire Force: a combination military, ecclesiastic, and civil service organization tasked with “putting to rest” (read: killing) the Infernals who continue to threaten society and determining their cause. Death by fire—either at the hands of an Infernal or from becoming one—remains the single most feared cause of one’s demise, as anyone of any age may spontaneously combust at any moment, and still nobody knows why. 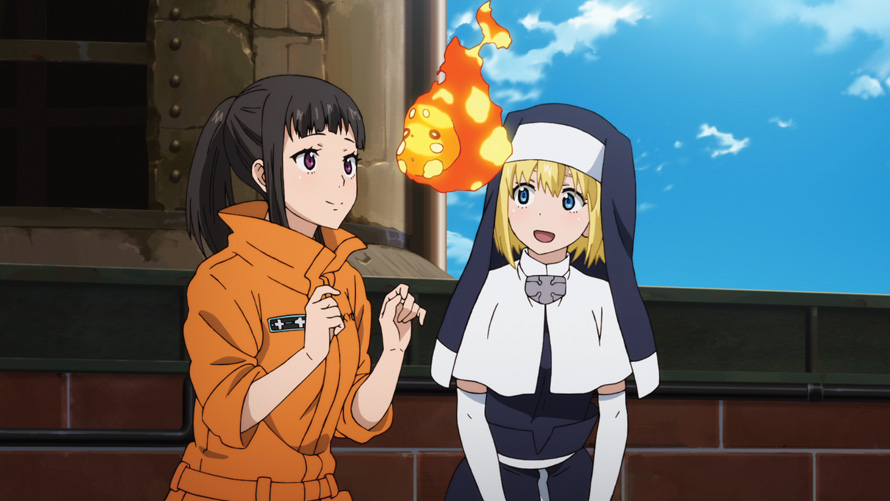 That is soon about to change. Rookie Shinra Kusakabe is a new addition to the recently formed yet understaffed and underfunded Company 8 of the Fire Force. A third-generation pyrokinetic with the unfortunate habit of nervously grinning widely whenever faced with anxiety, Shinra can ignite his feet and rapidly propel himself through the air, though the manifestation of his powers as a young boy resulted in the loss of his home, his mother, and his younger brother Sho. Orphaned, raised by the state, branded “Devil” by those around him, and yet knowing that another entity was present that day who was really behind his family’s death, Shinra elects to become a hero in a world that by all accounts appears to have none.

Complicating matters is the fact that each company of the Fire Force operates independently, with restricted collaboration of data or intelligence between them. As a result, many of the companies have hidden agendas, and Company 8 is no exception: its true purpose is to act as Internal Affairs, investigating the other Companies for leads as to whether anyone on the inside is withholding data regarding the cause of Infernals … or worse yet, is causing the generation of them in the first place. It’s a relatable concept, for while in the real world you don’t have people able to steer bullets or generate plasma blades, the idea of a society’s police, military, and government potentially being infiltrated by violence-sowing fanatical death cultists in the wake of a global terror threat is not exactly unheard of these days. 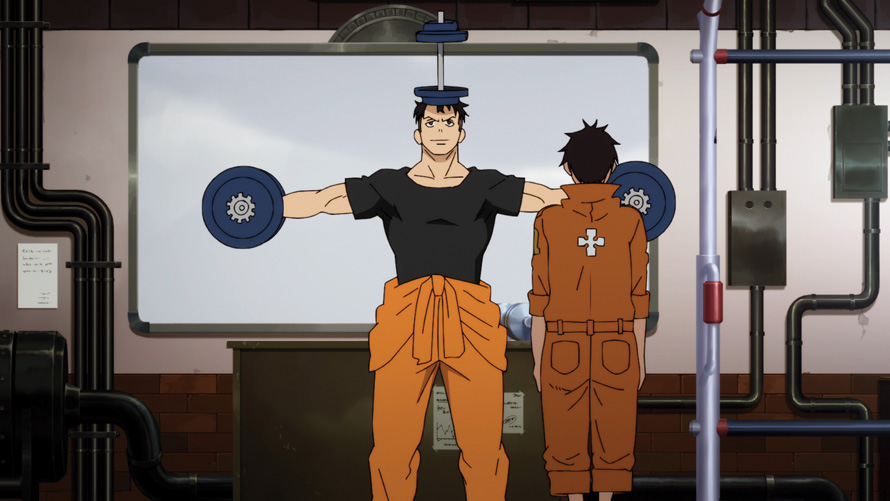 This is where Fire Force begins before its main story truly kicks into gear, which I haven’t revealed here despite the English manga releases being just barely behind the Japanese on account that it’s an anime series designed for global impact.

That can have its downside. It’s understandable for fans to equate all “shonen action” titles with Shonen Jump. But Fire Force is defiantly not a Jump title and does not follow their formula. The original manga runs in Kodansha’s Weekly Shonen, a publication that came into existence nearly a decade before Shueisha’s Shonen Jump did. And while Jump action editors tailor titles to more deliberately appeal to the sizable female readership of shonen, Weekly Shonen’s action titles have by and large steered the course as far as being primarily for boys. Barely an episode of Fire Force goes by without at least one scene of girls showering, getting nearly all of their clothes burned off, bending over suggestively, or otherwise showing off some skin no matter how cool and capable they otherwise are (and they are that, but never so much as to permanently overshadow Shinra). 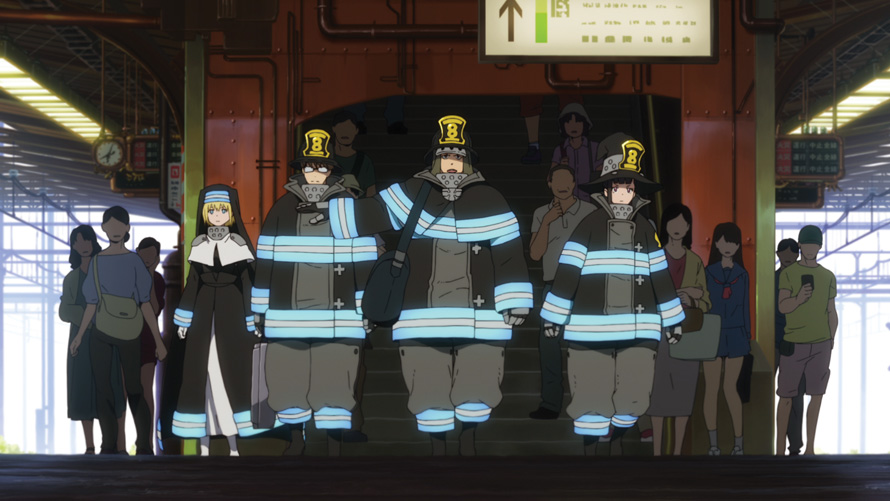 Nowhere is this more apparent than with Tamaki, a rookie Fire Soldier whose flame powers manifest in the form of giving her cat ears and a tail. Tamaki strides into the fray with her coat wide open wearing nothing but a bikini top underneath, and her abilities come with a side effect: the “Lucky Lecher Lure” which makes her prone to being “accidentally” groped, disrobed, face-faulted into, and so on even during life or death situations. It’s a recurring gag, but not the type that’s acceptable to an audience acclimated to the modern/neo/post-Kurumada/call it-what-you-will shonen approach, and Fire Force’s high visibility has resulted in no shortage of stern condemnatory reactions as a result. (Not from me, though; for the record, I’m on Team Maki.)

Spectacularly animated flame attacks and hot ladies (and gents too, sure) are flash, but the substance of what really makes Fire Force a must-view each week is getting to gradually see what makes these characters tick. Thanks to its (currently planned) 24-episode length, Fire Force is afforded enough time to flesh out its world-building and character development. Company 8’s Captain Obi and Sister Iris—when dealing with Infernals, you need at least one nun—have no superhuman powers at all, yet their moral convictions and upbringings make them just as compelling as, say, the more boisterously ostentatious “Princess” Hibana of Company 5, who creates flower-shaped flames (see sidebar). Hibana’s one of those classic shonen villains who are initially presented as utterly cynical and sadistic until our doofus idealist hero punches them in the face, at which point they fall in line. While this “punch them in the face until they love you” method has worked like a charm in many anime past, even for melon-headed Jiron Amos in 1982’s Blue Gale Xabungle, please do not attempt to replicate this at home, kids. 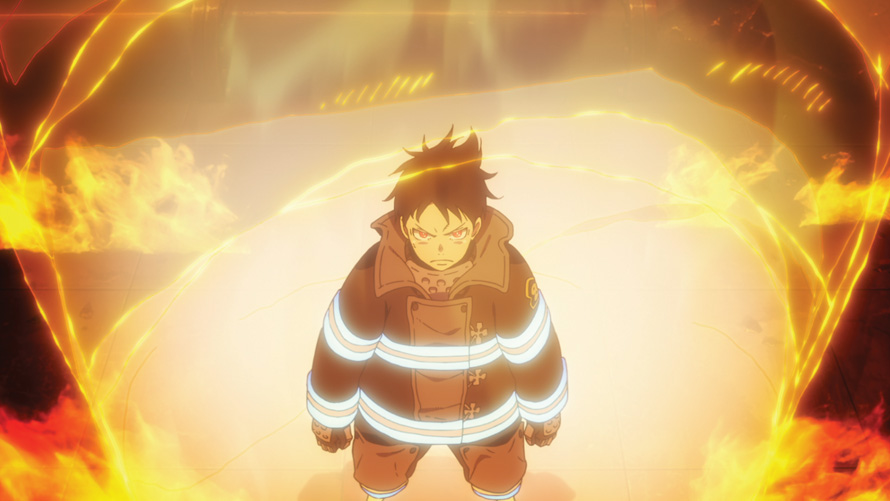 Should Fire Force set the anime world figuratively afire, there is easily enough source material right now to produce a second or even third season; Ohkubo estimates his story is currently about two-thirds complete. I just hope that doesn’t interfere with David Production’s bandwidth capabilities to produce more Jojo’s Bizarre Adventure as well. The modern Jojo’s fanbase may be chomping at the bit for Stone Ocean, but as a lifelong Stardust Crusaders advocate, I can’t wait until Steel Ball Run.

Fire Force is available from Funimation. 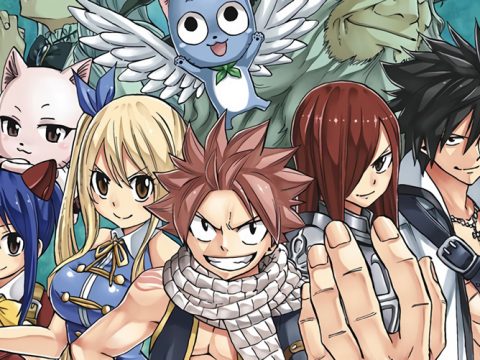