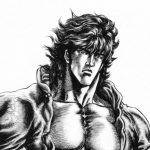 For those who missed its English publication in Raijin Comics, Fist of the Blue Sky is a prequel manga to Fist of the North Star by Buronson, Nobuhiko Horie, and Tetsuo Hara. The series is due for a comeback, because the latest issue of Monthly Comic Zenon is here to reveal plans for a new TV anime adaptation.

Fist of the Blue Sky was previously adapted in 2006 in the form of a 26-episode series. We’ll have to wait for more specific details on the new project.

That’s not all that’s in store for Fist of the Blue Sky. There’s also a new manga, Fist of the Blue Sky Re: Genesis, launching in the new Monthly Comic Zenon. Hara gets the original work credit, Buronson is in charge of editorial supervision, Hiroyuki Yatsu is on scripts, and Hideki Tsuji is the illustrator. 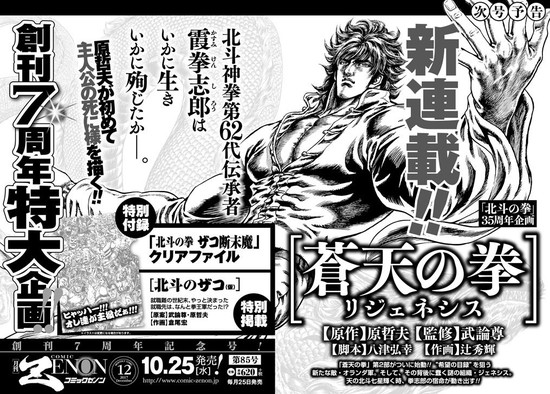