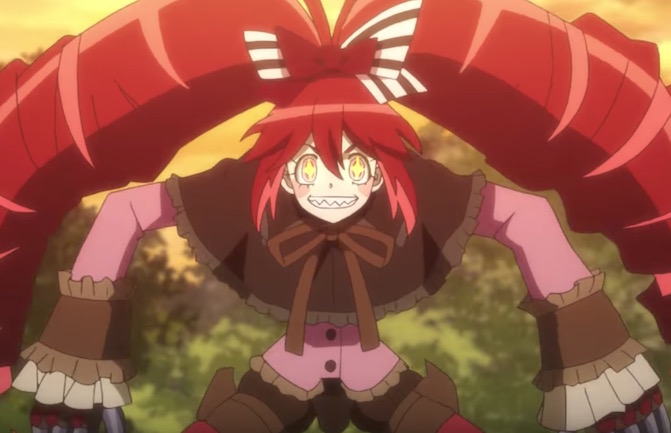 Senki Zesshō Symphogear AXZ is the fourth entry in the Symphogear anime series, and it’s set to premiere in Japan on July 1. Ahead of that we have a three-minute promotional video with some intense action and a sample of the opening theme “TESTAMENT” by Nana Mizuki.

New cast members for this season include Minako Kotobuki as Saint-Germain, Shouta Aoi as Cagliostro, and Rina Hidaka as Prelati. Second and third season director Katsumi Ono is back at the helm at Satelight this time, with Elements Garden on the music.