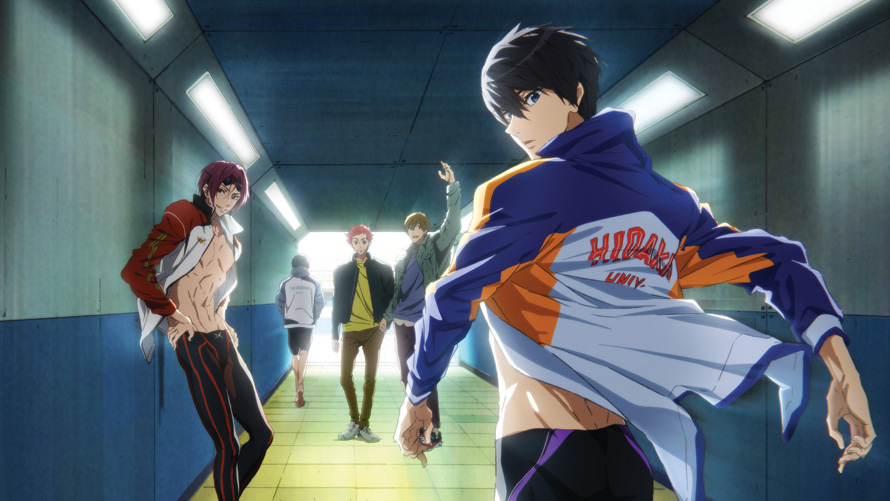 The competition for sports anime is fierce as Free! -Dive to the Future- enters its third season.

Progressing forward in life, it’s not unusual to experience the feeling of being a big mackerel in a little pool. Some rise to the challenge and grow greater yet, others crumple before their shattered concept of self, and a rare few exclaim, “To heck with being a mackerel—I’m an orca anyway!” Such is the position for the Free! franchise.

Four years have passed between the second season, Eternal Summer, and the beginning of the third, Dive to the Future, and when the television series debuted in 2013, it was something of a novel work, especially coming from Kyoto Animation. Said studio was known, at the time, for shows starring adorable girls, targeted at a male demographic, and there was even a division of established fans who expressed their ire over this act of branching out. These days, the field of anime specifically courting a female audience has expanded, validating those who believed in the potential. Furthermore, sports-themed anime have stepped up their game, with the likes of Yuri!!! on ICE, which wowed viewers of all walks with its artistry and heart. With this in mind, a question arises: Can Free! still make the cut, or is it best sitting up in the bleachers, reminiscing about bygone victories, when the competition wasn’t nearly as fierce? 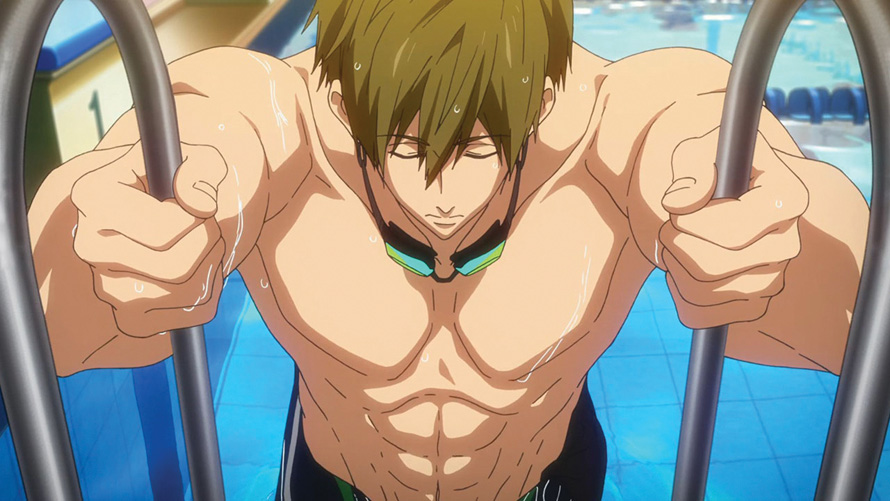 In Dive to the Future, the swimming aficionados of Free! do exactly as the title suggests. The lovable relay team of the Iwatobi Swim Club, as depicted previously, has been cleaved in two, with the younger pair entering their final year of high school and the elder duo leaving behind their small town for the excitement of college life at Hidaka University in Tokyo. While fresh faces join Nagisa Hazuki and Rei Ryugazaki in Iwatobi, ensuring the continued existence of their organization, the group is, by and large, reduced to the role of cheerleaders, bursting with glee over each and every text they receive about the exploits of their older amigos. Setting it apart from the prior two seasons, Dive to the Future isn’t centered on cherished memories forged in high school, but rather, it’s a tale of early adulthood, of finding one’s footing on this first leg of life.

That’s not to say Dive to the Future is single-mindedly fixated on what’s to come. Quite the opposite, in fact. If there is anything the young men of Free! excel at—besides aquatic athletics and making girls squeal, of course—it’s reflecting upon their formative years, and taking a page from the playbook of the previous arcs, much of Dive to the Future is built around reconciling the past with the present, specifically in yet another strained relationship between friends and rivals who lost touch. Unfortunately, this is where the season treads water. There’s a fair argument to be made for, “If it ain’t broke, don’t fix it,” but it would have been nice to see more imaginative conflicts and motivations, especially when the redundancy undermines the theme of evolution and casting off rigidity that doesn’t serve oneself. 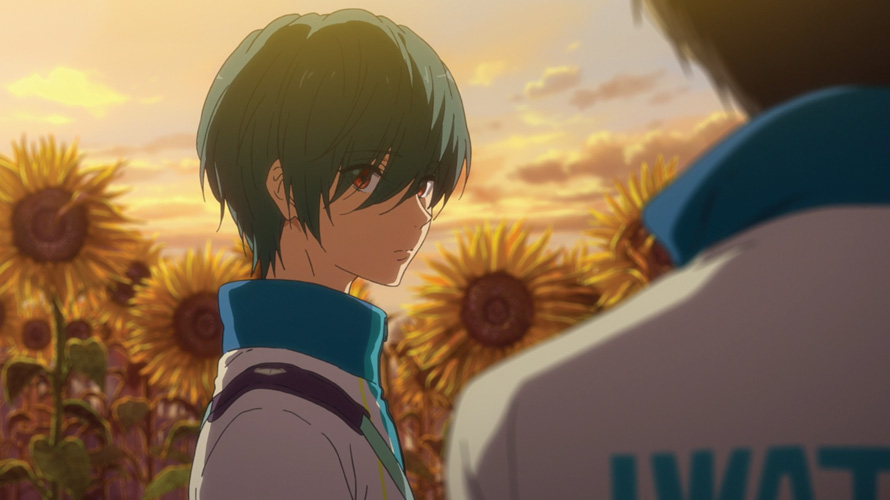 On the flip side, the familiar structure aids in finding one’s bearings, as Dive to the Future expends little time bringing its watchers up to speed. Some may elect to revisit the roots of the series as a refresher, but such an action will only get you so far. The third season begins with the assumption the viewer has seen the Free! films, which places Western followers in a pickle, as many have not. From the opening episode, we’re inundated with characters, from leading to minor, whether they contribute anything substantial to the story or not, and some were once exclusive to theaters, like solo swimmer Ikuya Kirishima and his overprotective companion Hiyori Toono, who are key figures in this season. These two spend enough time in the spotlight to be understood by those solely consuming the television series, but the significance of the presence of others is lost, rendering each of those poor souls as just another handsome face in a sea of pretty boys.

The fledgling recruits in the Iwatobi Swim Club aren’t the only newbies joining the broad cast this season either. As Haruka Nanase and Rin Matsuoka, training in Japan and Australia, respectively, aim for the All-Japan Invitational, which serves as their gateway to competing on the global stage, allies and adversaries from all corners of the Earth pop up at every turn. Even in the Japanese audio track, English is spoken often, when fitting, though authenticity points must be subtracted for the absence of appropriate accents. Mirroring the worldliness of the individuals, the setting hops from one continent to another, providing ample opportunity to explore a variety of scenery, culture, and dynamics, and there’s a palpable sense of only scratching the surface of what awaits these athletes and those who support them. 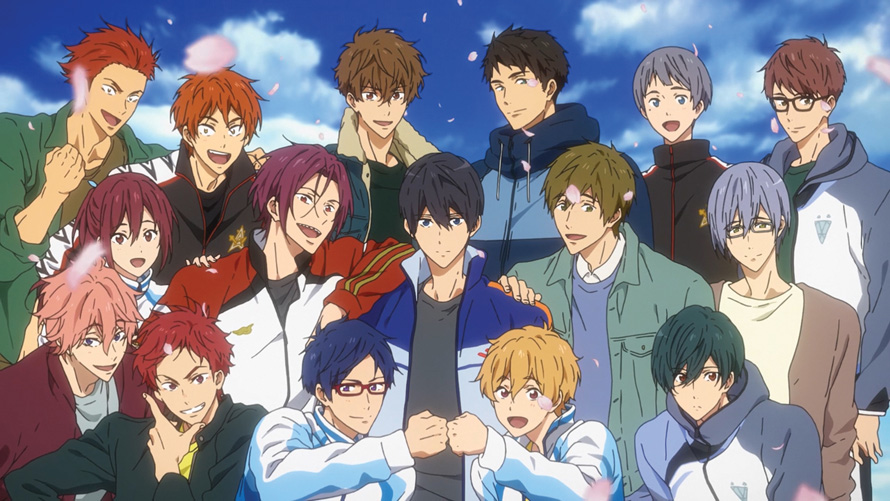 With the tantalizing prospect of Olympic races ahead, Free! could pull off a fourth season well, as long as a proper balance is struck between necessary innovation and retaining the franchise’s core identity. While Free! lacks the level of depth and sophistication seen in certain shows, it would only hurt the franchise to imitate its peers, a lesson learned within its own episodes. As ol’ Billy would assert, to thine own self be true—ham-fisted fan service, double entendres, and all. Dive to the Future may be the weakest season thus far, if only because the novelty has worn off, but this isn’t a particularly harsh criticism when all three have been joyous summertime romps, drenching even the dreariest day in a warm ray of sunshine. In this universe, swimming together solves all problems, and when the mood strikes, sometimes, such refreshing simplicity beats out even the most multifaceted contender.

Free! -Dive to the Future- is available from Funimation and Crunchyroll. 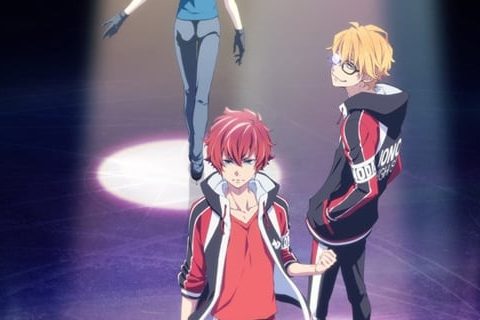 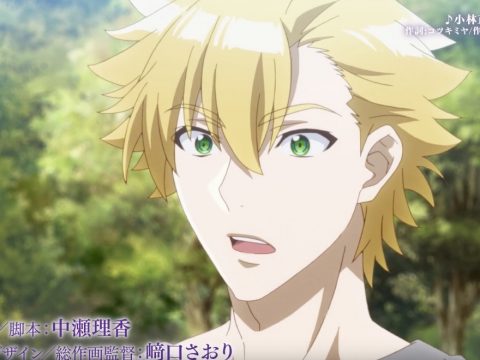 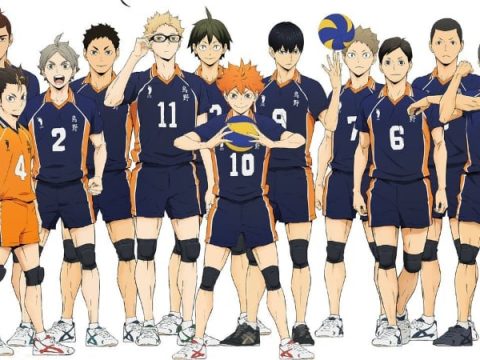 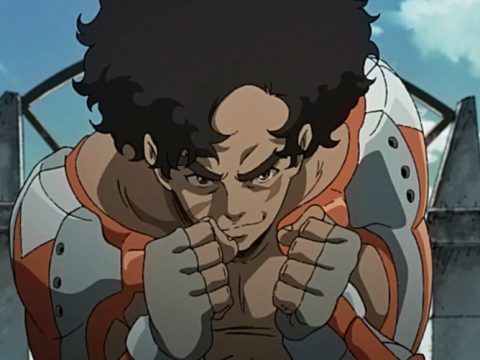