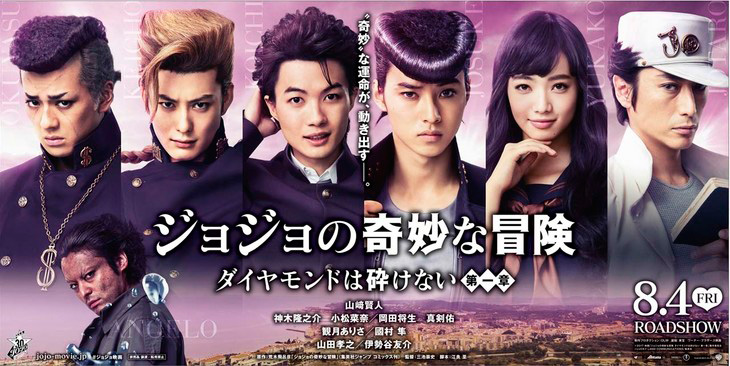 JoJo’s Bizarre Adventure: Diamond is Unbreakable is headed our way in live-action form this summer, and now we’ve got a long-form trailer that shows the heroes (and villains) of Morioh Town in action.

JoJo’s is directed by Takashi Miike (Terra Formars, Blade of the Immortal) and stars the following cast:

The film be be released in Japan August 4.